Detroit’s Black population suffered under Covid. As a vaccine emerges, they're ready to roll up their sleeves 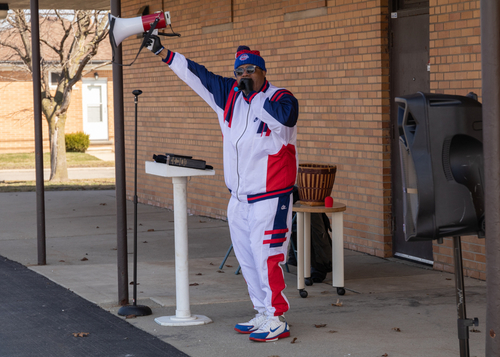 With the expected approval this week of a second highly effective vaccine for Covid-19, a once-dim light at the end of a dark tunnel has grown significantly brighter. An end to the worldwide pandemic could be – fingers crossed – in sight.

But that end will depend on how widely the vaccines are embraced by the public. And no subset of the public has more skin in the game than African Americans, particularly in Detroit. The Black community has suffered disproportionate numbers of cases and deaths. But they also have many reasons to be suspicious of a brand-new vaccine, sped through the approval process by a president they don’t trust. And such lethal medical malpractice as the infamous Tuskegee syphilis experiment is common knowledge.

No one would blame a Black Detroiter for waiting a while longer, or even refusing it entirely.  What are Detroit’s widely respected religious leaders telling their congregations?

Roll up your sleeve. But keep your eyes open.

“Just to be very candid, there’s a palpable distrust (about the vaccine),” said Ralph Godbee, a former Detroit Police chief who now works as chief of staff for Pastor Solomon Kinloch, who oversees the 35,000-member Triumph Church, which has multiple locations around the metro area. “You can see it on social media, in barbershop conversations, lots of places.”

The systemic racism revealed in the Tuskegee experiment, and in more widespread health issues that Blacks endure – poorer health outcomes and access to care, as well as the co-morbidities that have led to higher Covid-related deaths – have led to a Catch-22, Godbee said:

“If you offer it to Black people first, then it’s, ‘You want to experiment on us again.’ If it comes (to us) last, it’s ‘Why do they get it first?’”

Still, Godbee is planning to be vaccinated at his earliest opportunity, and he will share it with the congregation, he said. “As a high-profile African-American male, that will be my contribution.”

But he, and others, stressed that any vaccine can’t be presented to the Black community as a “here it is, take it” arrangement. The greatest possible transparency about the effectiveness, risks and side effects must be shared along with the needle.

Many churches are already well-positioned to be vaccine information centers, said Rev. Robert Smith Jr., pastor of New Bethel Baptist Church in Detroit. The church already designates every fifth week as Health Sunday, and offers Covid testing and other help to congregants, he said.

“Oh, we will encourage (taking the shot). If they need vaccine sites, we’ll be a site,” Smith said. “(Covid) is impacting our lives so much.”

Smith, 69, is a native of the Florida panhandle, and has “preached from Jacksonville to Baton Rouge, La.” Covid has rampaged through the ecclesial communities in that area, he said, “and I have lost so many friends. So many.” 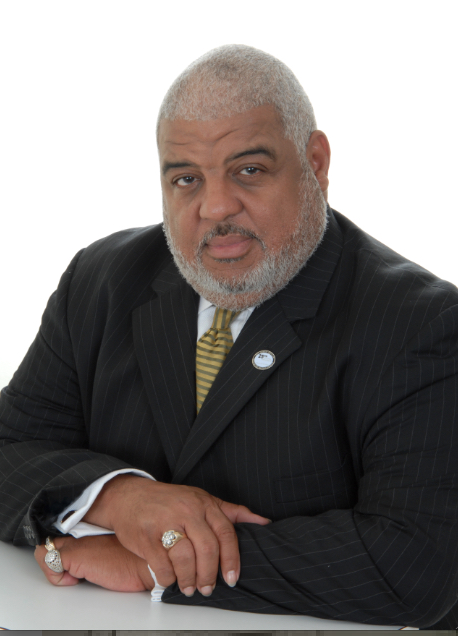 As it is, the New Bethel church can seat 1,800, but during the pandemic might have 300-400 under the roof on a typical Sunday. Smith said they’ve been relying on livestreams to reach members, although he considers it a poor substitute.

“The thing that worries me most is, we have one of the city’s biggest rehab programs for people leaving incarceration, and drug addiction,” Smith said. “They need the assembly. Everybody needs the assembly.”

As Covid case numbers and deaths have risen sharply in the fall, Detroit’s rise has been far less than in many other cities. Most of those interviewed attributed that to the grim toll taken in the spring, when the disease took so many Black lives, many of them high-profile individuals. But the price has been high. Family gatherings have been postponed. Thanksgiving dinners were kept small. They’re seeing friends – and attending funerals – only through screens. They’re worshiping that way, too. And that takes a toll, which is one reason Smith said he will encourage vaccination.

“If you’re distracted by what’s going on around you, you can’t hear the voice of God,” Smith said. Covid is a powerful distraction.

The view from the lab

Maritza McIntyre is not a man of God, but a woman of science, and a woman of color. A Detroit native and Wayne State graduate, she holds a PhD in virology and works for a biotech startup in Raleigh, N.C. Her doctoral research was on human papilloma virus, and she used HeLa cells, so named because they came from Henrietta Lacks, a poor Black woman whose tumor cells are the foundation of an “immortal” cell line used to this day in biotech research. However, her descendants were only recently compensated for them. She’s keenly aware of racial inequities in health care.

And McIntyre will “absolutely” take the Covid vaccine, and encourage others to do the same. It boils down to information, she said.

“Everyone talks about Tuskegee,” she said. “It’s one of the things that makes me sad. People say that’s why they won’t take this (vaccine). Tuskegee was in fact a case where black men were not treated. They were unwitting participants in a placebo control trial. That has given way to the oversight that now occurs in clinical trials. What we should be asking for is access and education.”

In other words, don’t let the sins of the past restrain you from reaping the benefits of today’s medical research. 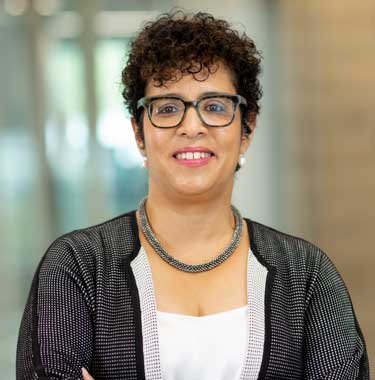 “The Pfizer and Moderna trials included 30,000 people each,” McIntyre said. “That’s a lot, and typical for vaccine trial design. The numbers are high to try to find out what the adverse events are.”

She added that everyone who takes the vaccine should be informed on how it was developed and tested, something that’s fairly easy to explain to lay people. But she said that everyone should know a basic truth about all drugs: There are never no side effects, for any drug.

The past is past, so move forward

Bishop Charles H. Ellis III pastors Greater Grace Temple, a 6,300-member congregation on the west side of Detroit. He’s already been involved in the vaccine’s progress; he was one of several Black preachers who recruited people of color, to be test patients as it was developed.

“I feel comfortable that the results include our ethnicity as well as others,” he said. “Now it’s a matter of trying to influence people to take it.”

To Ellis, it’s a no-brainer: “Do you want to wear a mask the rest of your life? Or do you want to move forward?”

Progress is important to recognize and honor, he said. African Americans have moved up in the world since the times of Tuskegee and Henrietta Lacks. Black doctors are commonplace. He drew a line from the death of his grandfather at 53, and his own father at 60, both of heart disease.

And whether a result of his preaching or not, he said he’d estimate the vast majority of his congregation are either planning to get the vaccine immediately or within a reasonable watching-and-waiting period of up to six months. The ones who aren’t planning to get it at all comprise a small minority.

Willing to wait a while

One who might be in the wait-and-see group is Rev. W.J. Rideout III of All God's People Church in Roseville. He’s not as much the sunny optimist Ellis is.

“I have already told (my congregation) as early as last night to be cautious, be careful and wait it out,” Rideout said. “Don’t jump to the first offering that comes our way as it relates to the coronavirus vaccine.”

To Rideout, it’s simple. The Black community has been used as modern medicine’s lab rat too often to be trusting. He won’t rule out taking the vaccine, but he’d rather others go first.

“We must be wise as serpents,” he said. “The outcome is the important factor. Will it heal you or make matters worse?”

Like other churches, All God’s People has offered Covid testing, flu shots and other health services. And like other congregations, they’ve been hit hard by the virus; Rideout estimates his personal losses at “eight or nine church members, 40-plus pastors in Michigan, 100 across the nation. All connected to me and our faith.” So it’s not like he doesn’t know the stakes.

But for the time being, he’s content to preach to drive-in church in Roseville and let others cut the line in front of him.

“It’s a matter of safety over dollars, safety over pleasure,” he said. “I’ll take safety.” 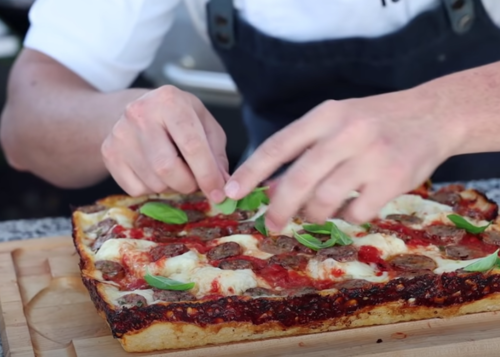 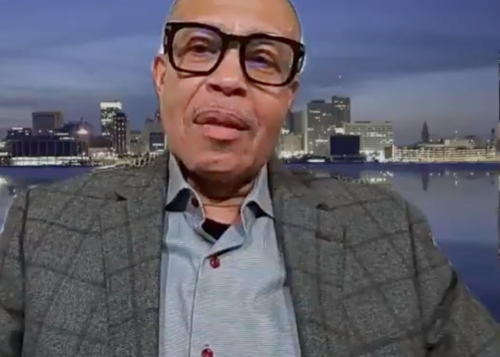 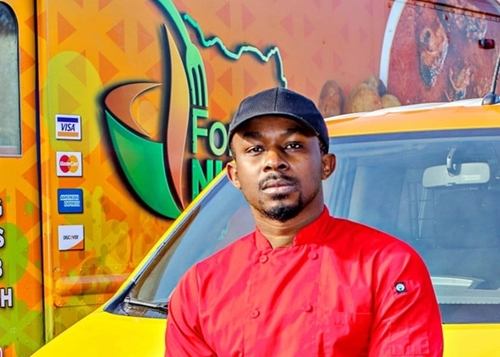