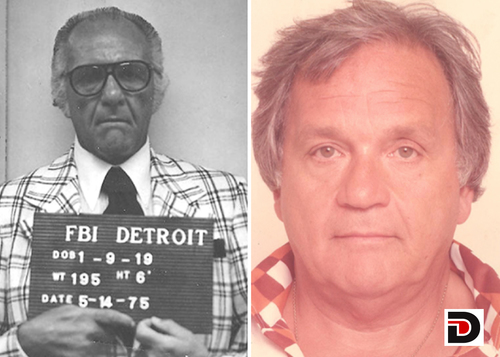 In its heyday, from the 1950s to the 1980s, the Detroit Mafia made money on gambling, drugs, prostitution, loansharking and legit businesses. Big-name gangsters like Vito and Anthony Giacalone and Joseph Zerilli and Jack Tocco were constant targets of FBI investigations and wiretaps, and their names surfaced in media reports on occasion.

Today, many of the old-time gangsters are dead. But the Detroit Mafia lives on, thanks to their sons and relatives, according to local mob expert Scott Burnstein.

"They thrive in the shadows as they always have, just on a smaller scale," Burnstein tells Deadline Detroit.

Burnstein, the author of six books and creator of The Gangster Report site, talks to Deadline Detroit in the video below about who runs the local mob, what they're up to and why we hear so little about them.