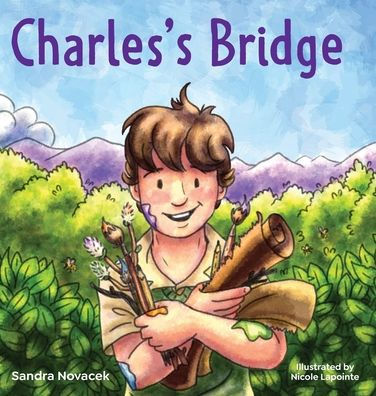 Sandra Novacek of Detroit has just released an illustrated children's book to help kids deal with these scary times.

The book, "Charle's Bridge," is a tribute to her late husband, Charles, who was a child when the Nazis occupied Czechoslovakia in 1938, Anne Erickson writes in The Oakland Press. At age 11, he became part of the Czech resistance to the occupation.

“It tells his story as a child,”Novacek, a librarian who grew up in Southfield tells the publication. "It takes a little snippet of his childhood and the importance of art in his childhood and shows how that whole idea of art, imagination and creativity helped him in hard times. It shows how a person can be facing really rough times but find a way out of it."

He and his family had to leave their homes, and he had to go into a whole new place with a new language and new surroundings," Novacek says. "It was very scary and difficult."

The book is available online and at Source Booksellers in Detroit and The Book Beat in Oak Park.