Whether you do the schoolwork or write the tuition checks, four years at the University of Michigan takes a bite. But waiting at the end is the chance to graduate with the rest of the class at the end of April, in Michigan Stadium. The Big House, the largest stadium in the United States, makes a compelling memory, and some don't want to lose it this year to Covid. 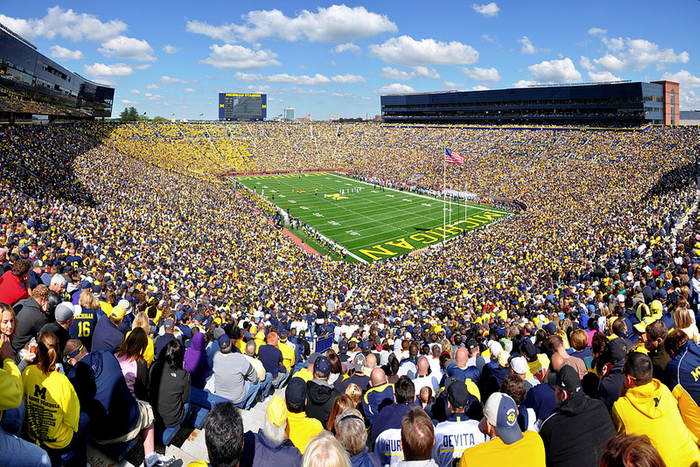 A demonstration in Ann Arbor Saturday underlined that point, when a group of parents and students called for an in-person alternative to the online commencement planned for May 1.

In front of the venerable Michigan Union Saturday afternoon, as car horns honked in support, a small gathering of parents and students requested a few more bells and whistles.

Two or three dozen strong, they made their case for an in-person commencement for the Class of 2021 — "a SAFE, OPT-IN graduation ceremony," as their freshly printed maize and blue placards said.

"We're the Big House," said Judy Etsios of Grosse Pointe Farms, one of the three organizers, whose son Nicholas is in the Ross School of Business. “We can fit 107,000 people. What’s the excuse for not being able to fit a couple of thousand grads?”

You have to admit, she has a point.

Demonstrators spoke of the pull of tradition, which one student "got me through a lot of tests" -- the vision of walking through the tunnel and onto the field with other members of the Class of 2021.

A U-M spokesman said the university relied on health experts and "did not believe we could safely ask students and their families to gather in Ann Arbor" for commencement.