Baseball in the time of Covid: Over 1,000 fans likely to see Tigers open in Detroit

More than 1,000 seats will be occupied at Comerica Park's season opener April 1, it appears.

"In the coming days, we look forward to announcing more details on increased capacity for Opening Day and beyond," says a Detroit Tigers statement. A way to exceed a state attendance limit announced March 2 is being discussed "with the Michigan Department of Health and Human Services, public health and medical experts, government officials, Major League Baseball and leading venues throughout the country," the team adds. 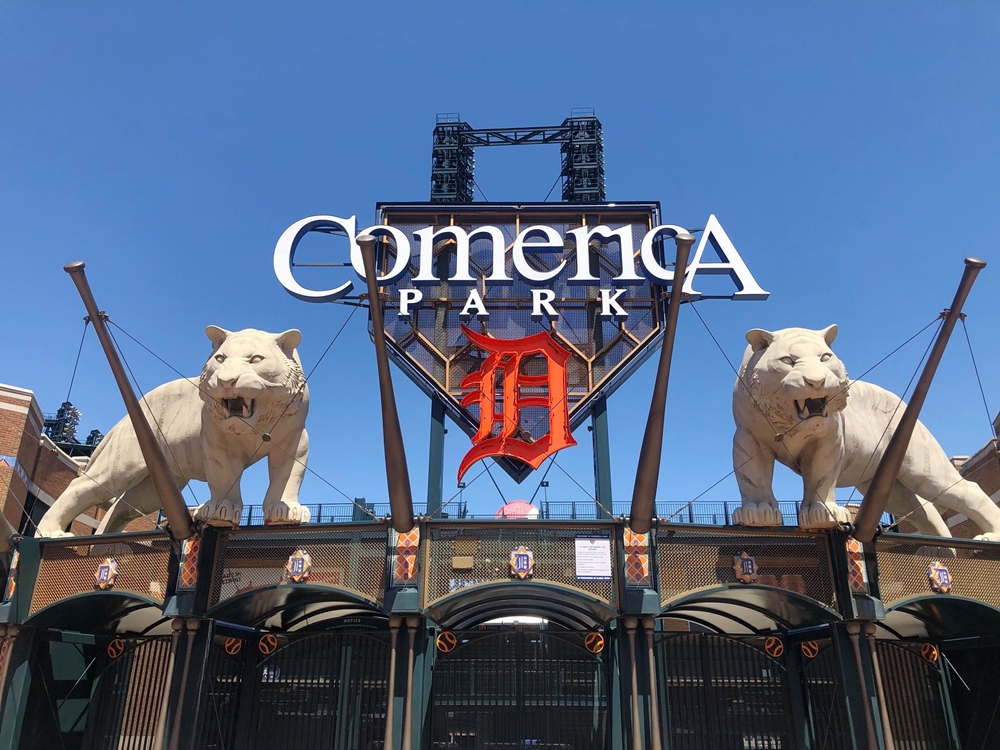 The Detroit News adds another tidbit:

Some stadium concession employees, contracted by Delaware North, were recently told they might be needed for Opening Day after all. They were originally told they wouldn't be needed until the second homestand, which starts April 20, a day after the current state order expires.

The paper quotes a spokesman for the governor as saying the state health department is in "close discussions with the Ilitchs and the team at Comerica Park" to expand capacity limits. "There's nothing more exciting than fans rooting for the Tigers at a home game, and we look forward to making that happen very soon."

The Tigers have sold well more than 1,000 Opening Day tickets between season-ticket holders and the general public, so if the current cap remains, they'll have decisions to make on who gets to use the tickets and who doesn't. Priority is expected to be given to season-ticket holders.

One thousand fans are less than 3% of Comerica Park's official capacity. The Tigers played a shortened, 58-game season in 2020 with no fans allowed at Comerica Park. ...

The Tigers' plan to admit more fans comes as other MLB ballparks intend to loosen capacity restrictions when the season begins. The Texas Rangers, for example, plan to be at full capacity. ... The Tigers have been allowing up to 2,000 fans for home spring-training games in Lakeland, Florida; those games have all sold out.