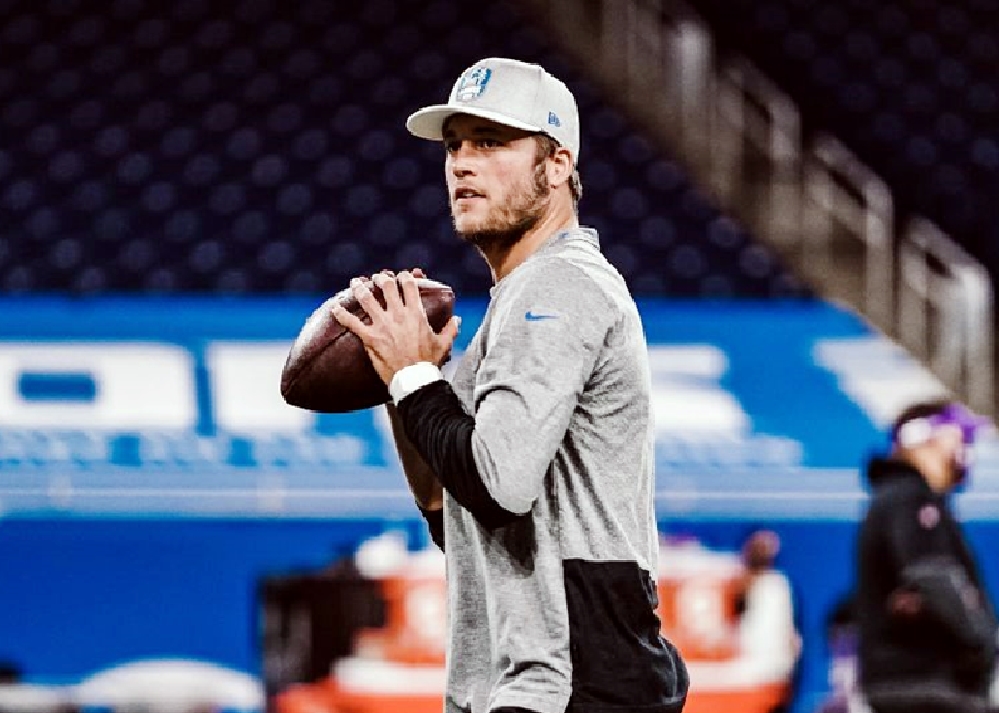 Give Matthew Stafford this: He seems to love the city of Detroit. And this is clearly evident in a nostalgic, nine-minute (for No. 9, get it?) video farewell posted on the Detroit Lions' social media late Wednesday.

The framing is simple: Stafford takes a seat in a dark room and reads from his love letter to the city. While filled with the usual highlight-reel clichés ("the good years… all the big moments… you kept cheering through the tougher times," etc.), it still comes across as a sincere statement.

Stafford calls Detroit the place "a long-haired kid from the University of Georgia" married his wife Kelly and started his family, and the people who supported them when Kelly underwent surgery for a benign brain tumor.

"It's special here," Stafford says. "Anybody who gets to experience Motown knows what I'm talking about."

In January, Stafford was traded to the Los Angeles Rams for a younger quarterback, Jared Goff, and multiple draft picks.

"It's been an honor to be quarterback of this city," Stafford says as the video winds down. "Sincerely, No. 9."

The video went viral in under 12 hours, played over 1 million times at the team's Instagram page and shared nearly 8,000 times from its Facebook feed. Kelly Stafford posts it at her Instagram, where more than 33,000 views are racked up overnight. Watch below:

"Thank you, not goodbye" pic.twitter.com/A2ybR2Fn37

O'Hara: There's a lot to admire about Matthew Stafford and his time in Detroit