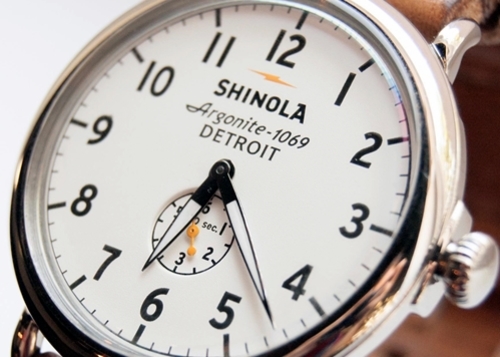 A Covid outbreak has hit the New Center factory where Shinola watches are assembled, as the state confronts what looks to be a third surge of the deadly disease.

At least four employees have tested positive in recent weeks, sources with knowledge of the situation say. The first recent case is said to have popped up March 10 in the leather watch strap department, prompting the facility to require all workers there to be tested. At least three were infected, and those who tested negative were able to return to work.

Another new case popped up Monday in the watch face department, prompting another round of testing. The facility did not shut down, but one source says about a dozen workers were sidelined as of Tuesday as they awaited their results.

A Shinola spokeswoman did not immediately return a request for comment.

The facility is located in the College for Creative Studies’ A. Alfred Taubman Center for Design Education building.

Workers there were furloughed at the start of the pandemic, but returned in July with staggered starts. The departments are in different areas and have separate break times.