Gallery: Yes It's So-So Cold, But It's Opening Day. So Play Ball

The 2021 season officially began and brought a 3-2 win over the Cleveland Indians.

After a Miguel Cabrera homer in the first inning, the sun eventually was shining over the chilly ballpark. Underneath the fans' layers of clothing, scarves and ski caps was some real enthusiasm. And nearby, at bars, beer flowed.

Ordinarily, it would have just been another too-cold for baseball Opening Day. But this one was different. Last year's was delayed, and when the abbreviated season finally began, there were no fans.

This year, the Tigers are allowed up to 8,200 fans per game until state health safety rules relax.

Here are some snaps of the action 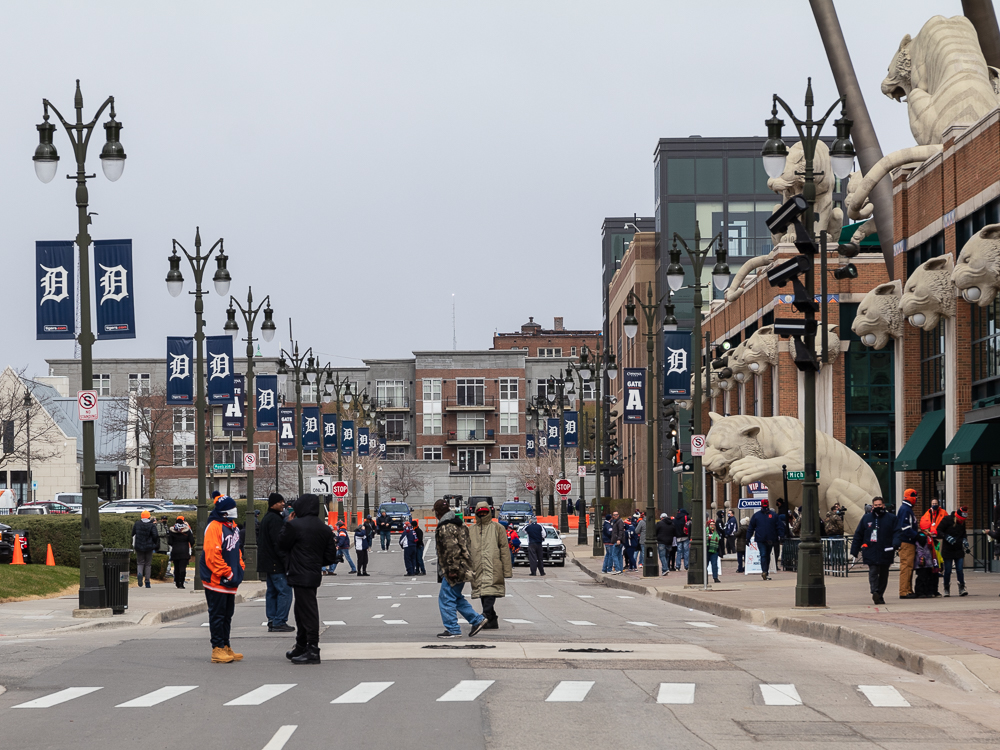 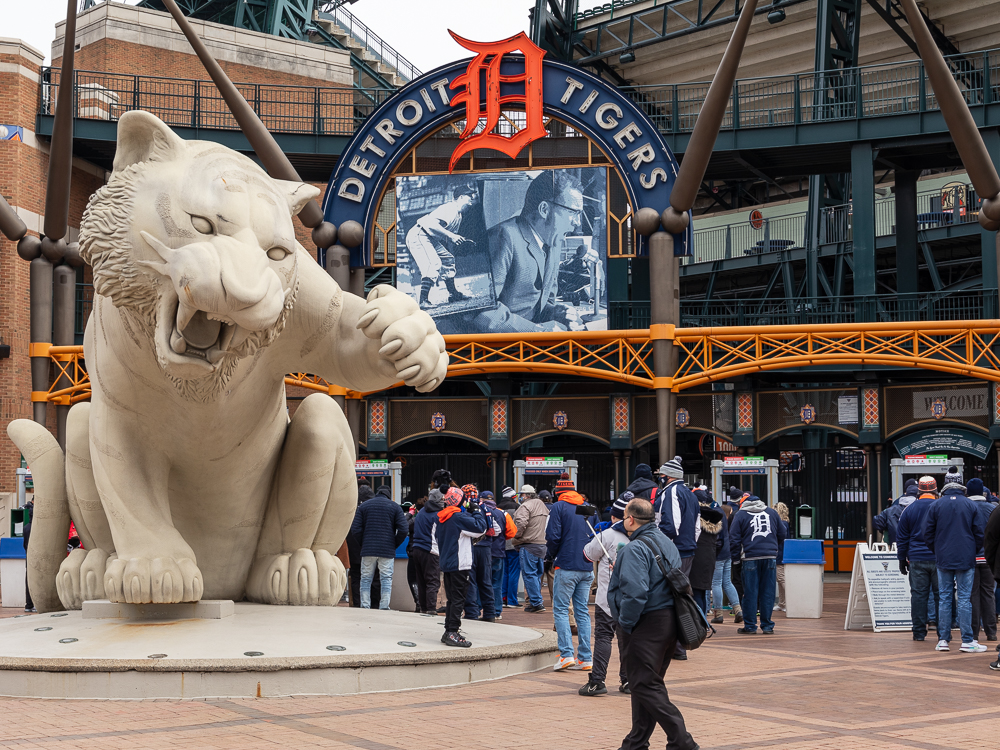 Small crowds gather at the gates to get inside Comerica Stadium 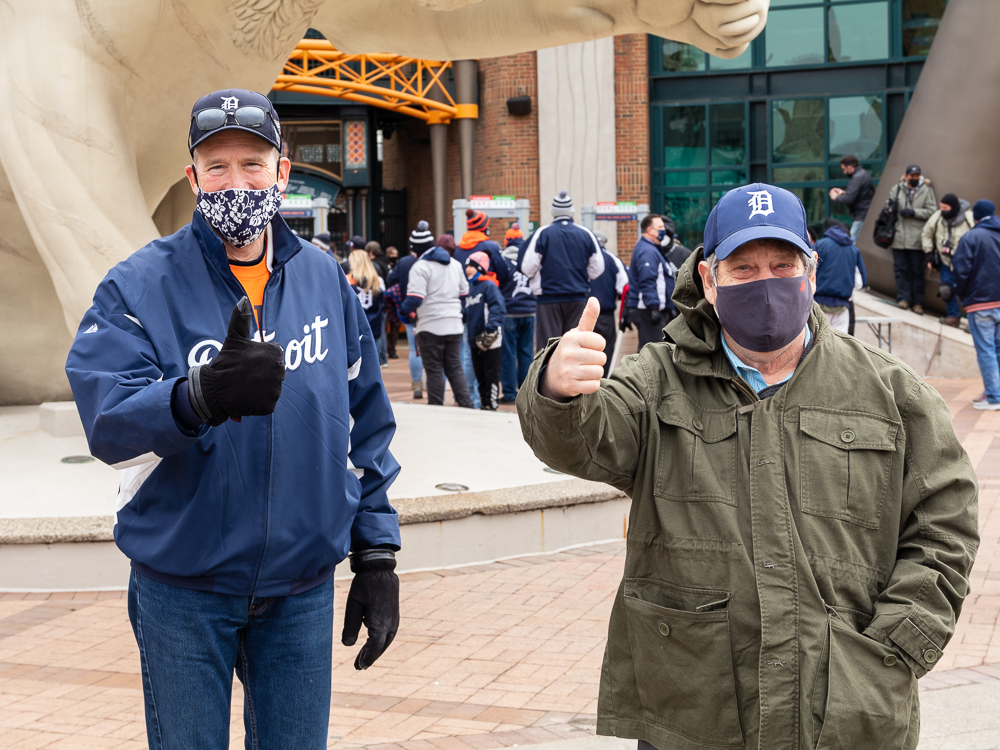 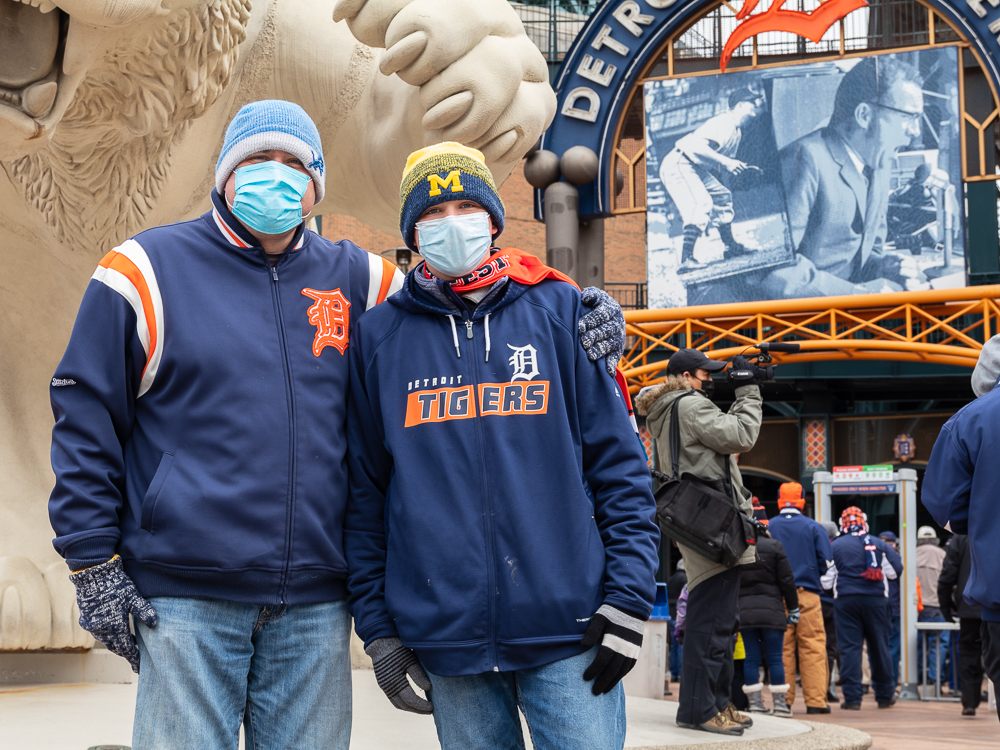 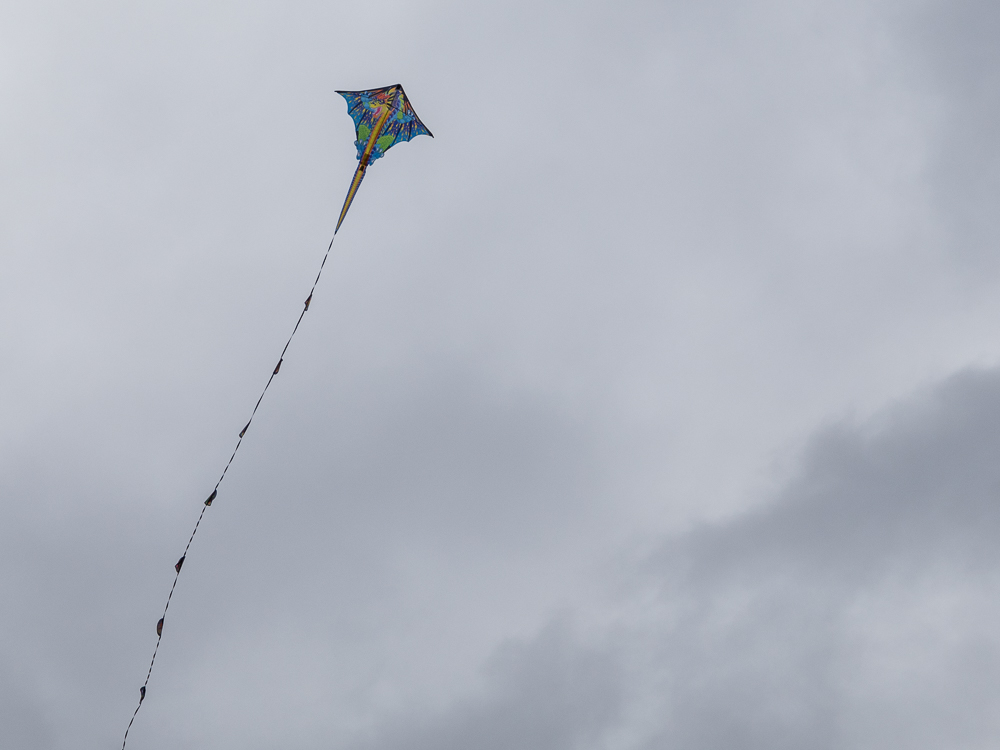 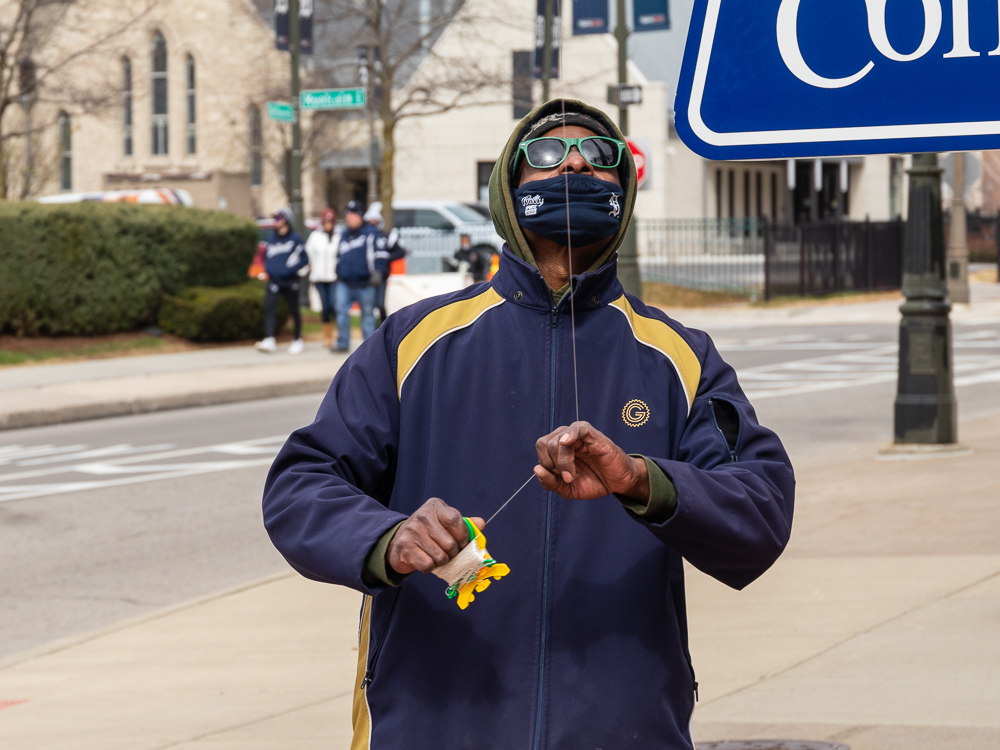 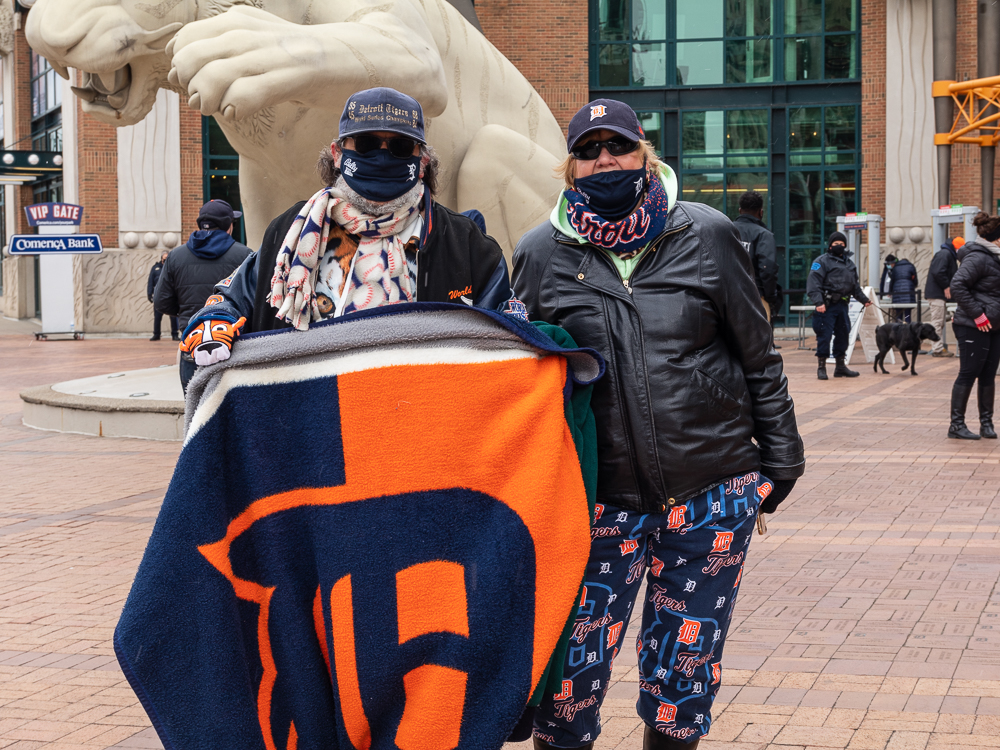 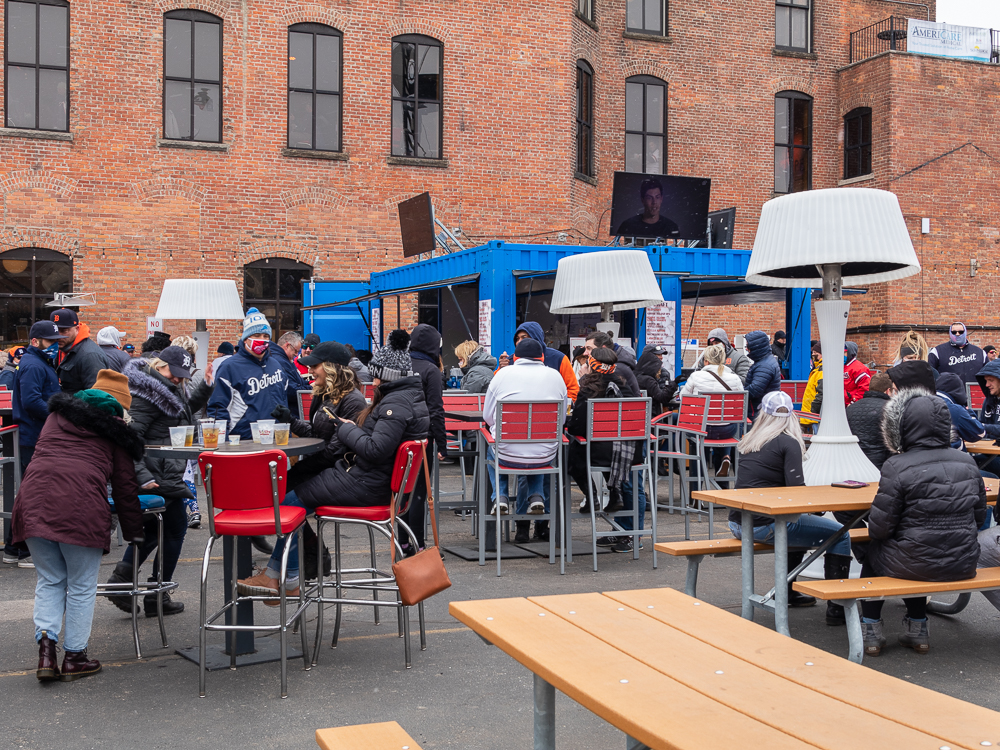 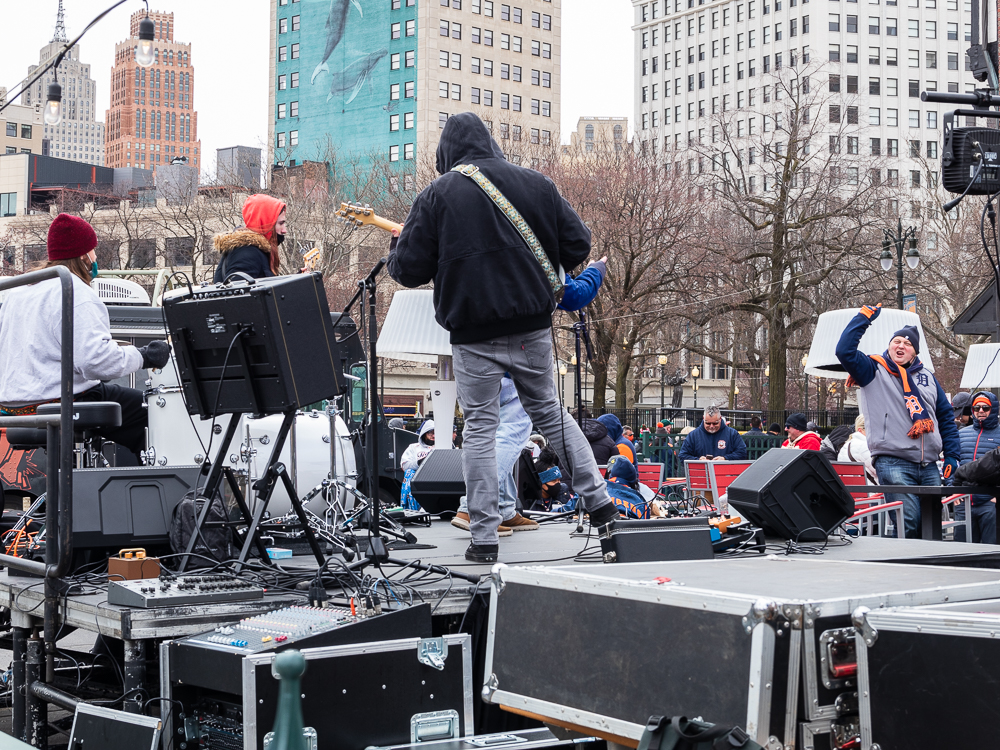 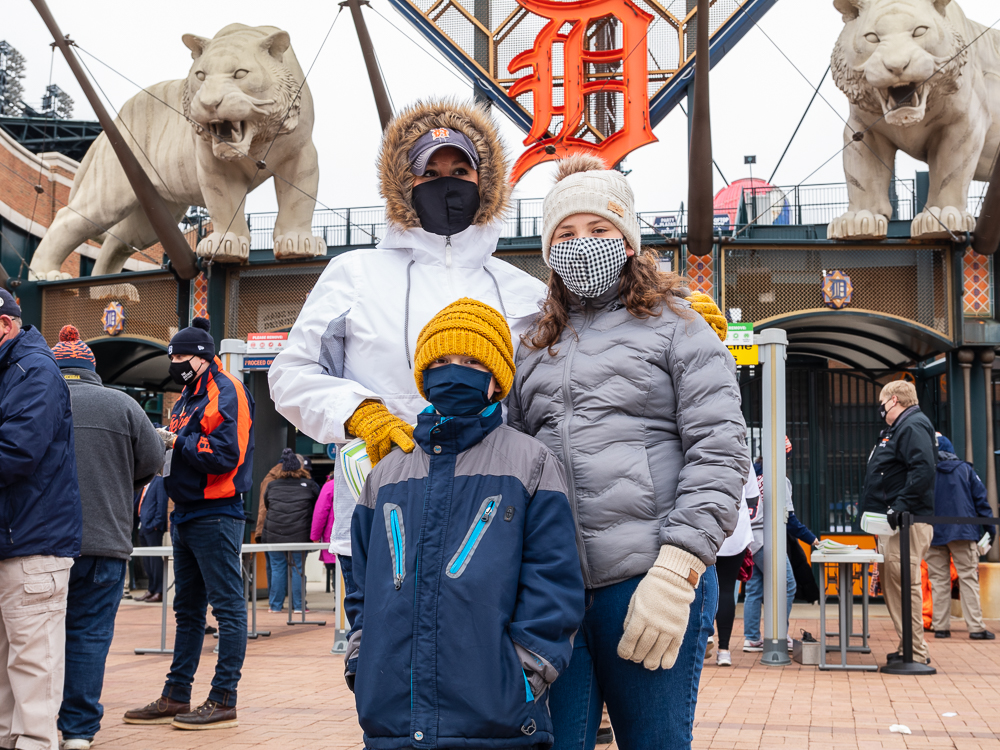 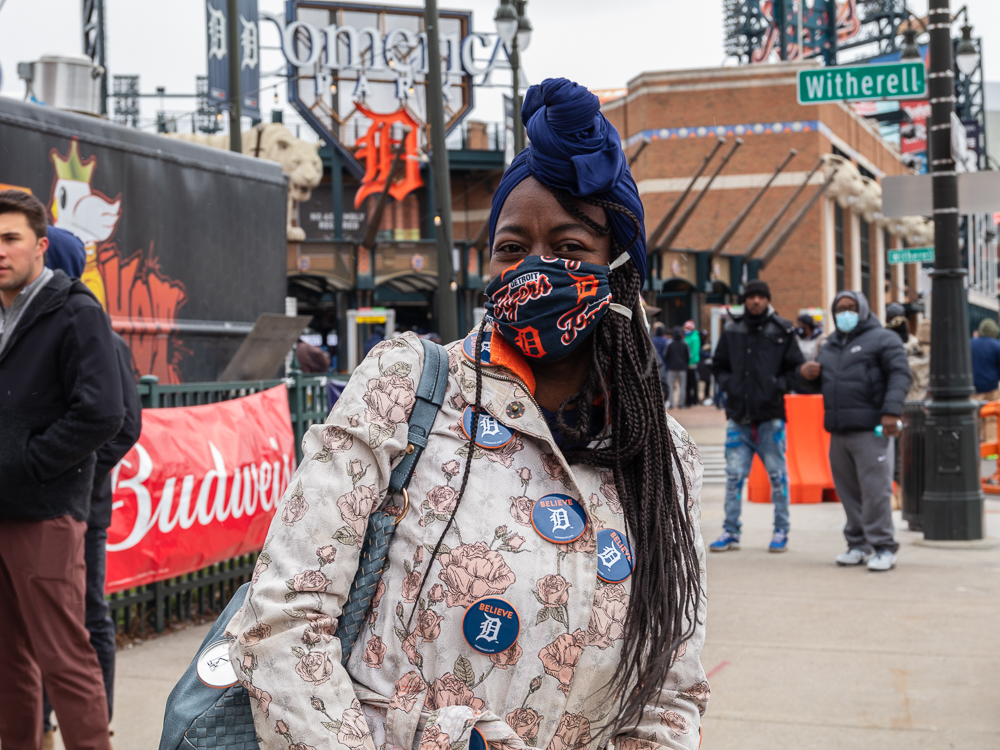 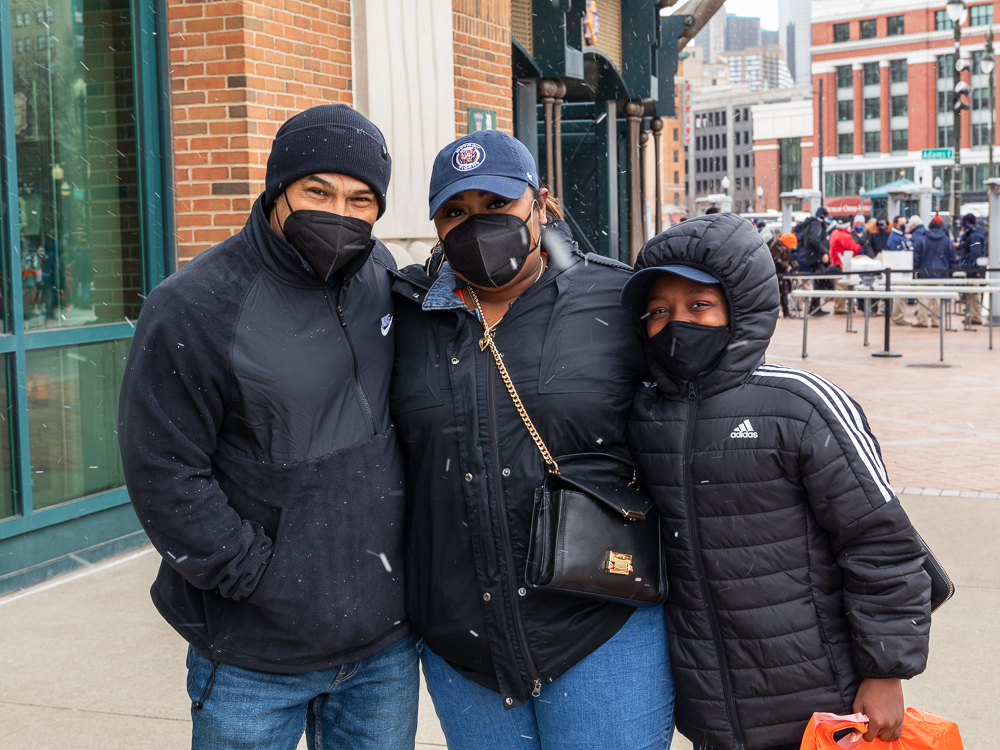 The Andrade family arriving to Comerica Park to cheer on their favorite team, the Detroit Tigers 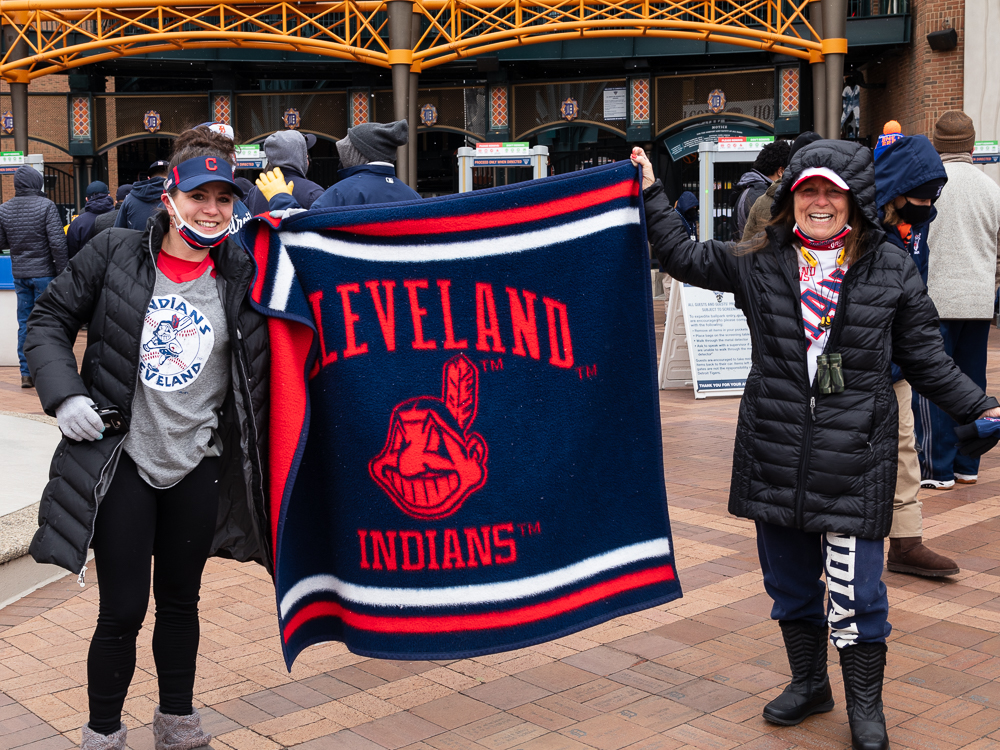 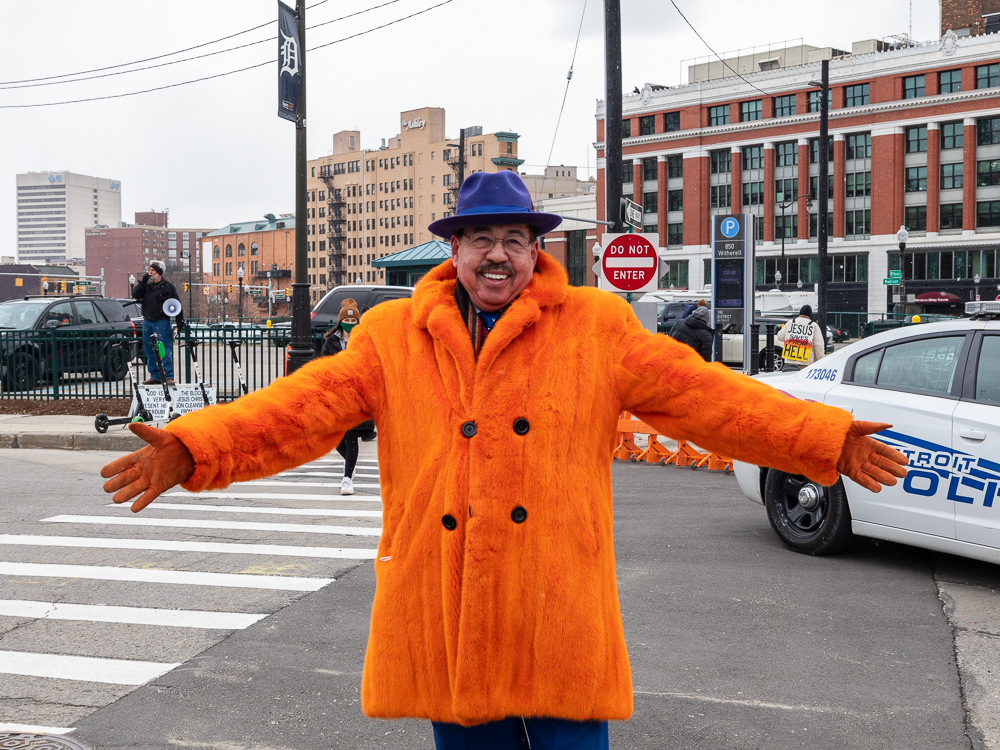 Detroit Judge Craig Strong showing up to Comerica Park in his orange fur jacket and blue hat to show his support for the Detroit Tigers. 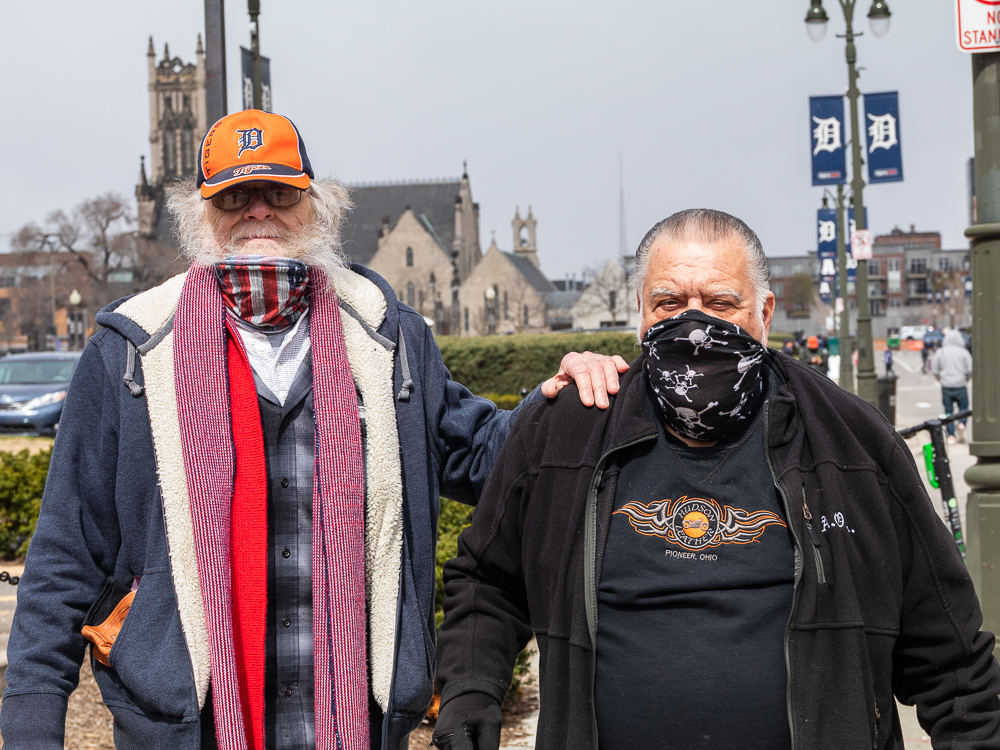 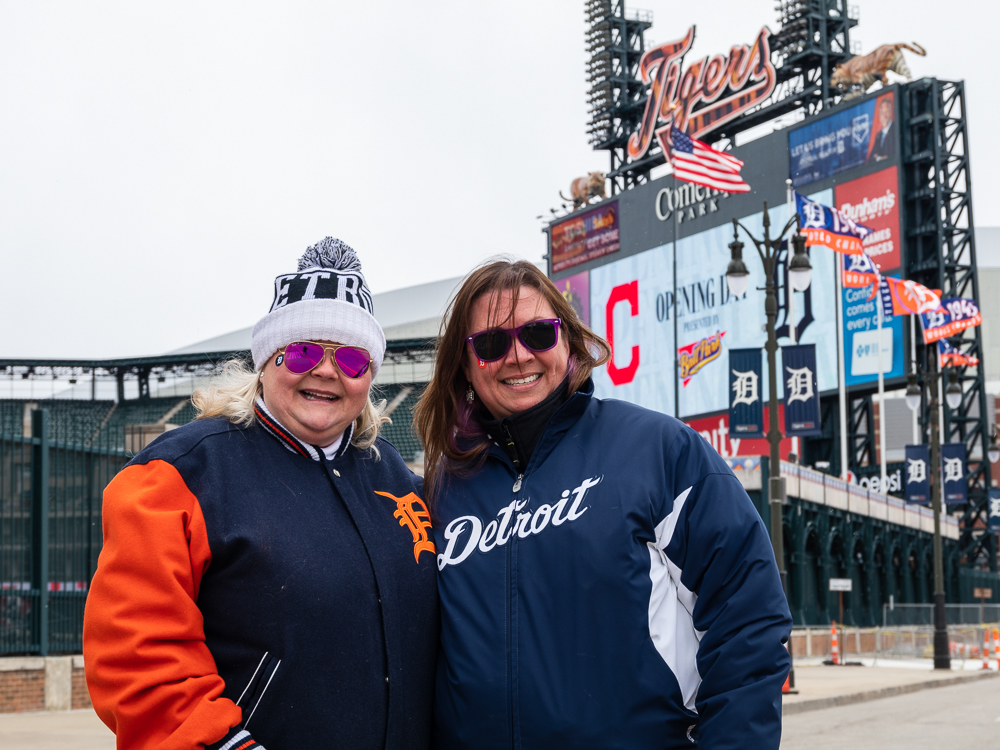 (Left to Right) Friends Alysa Trump & Shawn Wilhoite getting ready to cheer on the Tigers. 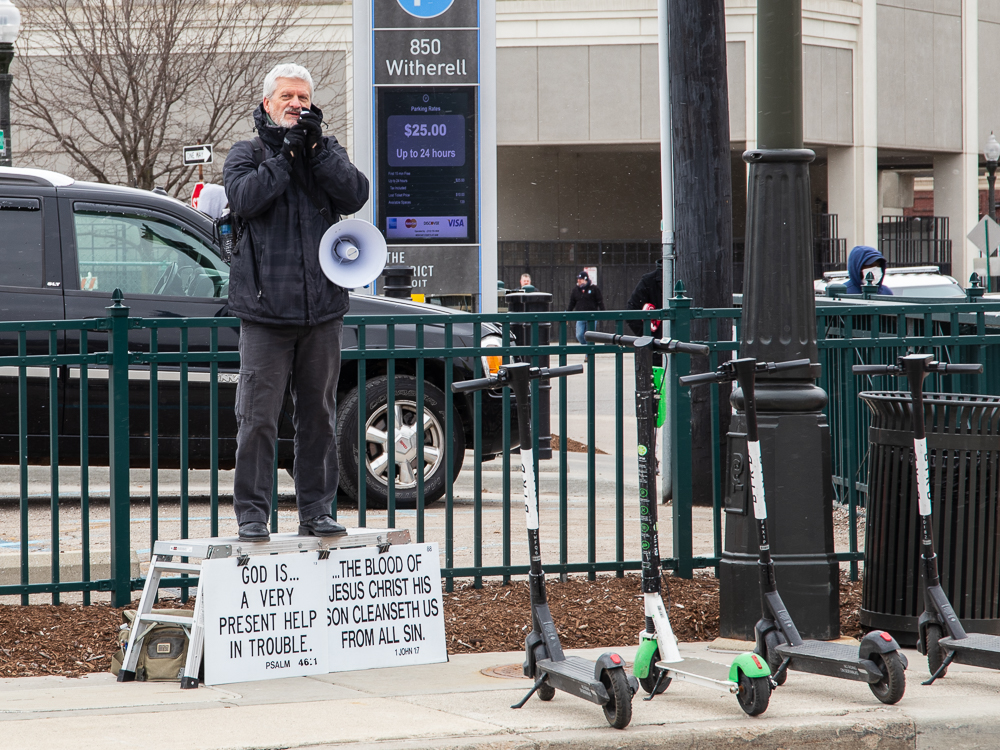 And of course, its not opening day without the guy speaking through the microphone about religion to an audience of scooters.