Worthy: No charges against Detroit officers in Hakim Littleton killing

Wayne County Prosecutor Kym Worthy has declined to bring charges against the police officers involved in the 2020 shooting death of Hakim Littleton, pointing to previously unreleased video footage that showed a gun remained in the young man's hand for the duration of the shootout.

Littleton was killed after opening fire on officers as they arrested a friend of his in Detroit's Bagley neighborhood last July. Officers returned fire, hitting Littleton three times in the legs, an autopsy showed, but questions were raised about a final shot to his head while he was on the ground.

According to Worthy, whose Public Integrity Unit reviewed the case, the response was warranted because Littleton continued to shoot at officers while he was down. He fired a final shot just two seconds before an officer shot him in the head and was still holding his gun in his hand after he stopped moving, she said, providing corresponding still images from officer bodyworn cameras. An officer could also be seen on police video kicking a gun out of Littleton's hand after the shooting, she said.

The Public Integrity Unit spoke to witnesses and pulled from multiple police videos to make its determination, Worthy said. Only two of the video angles were previously released by Police Chief James Craig, who after the killing sought to dispell rumors he said sparked violent clashes between demonstrators and officers. 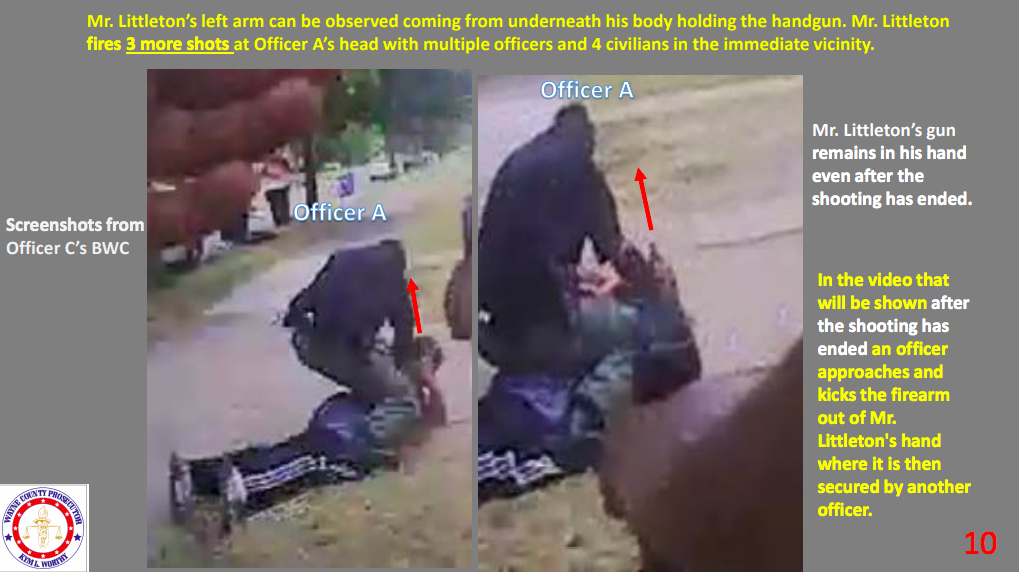 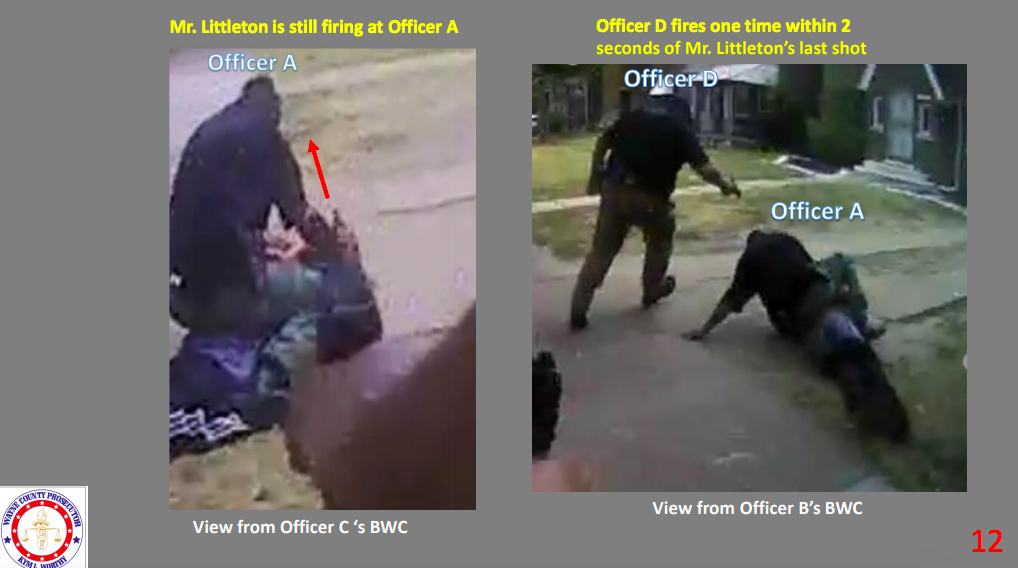