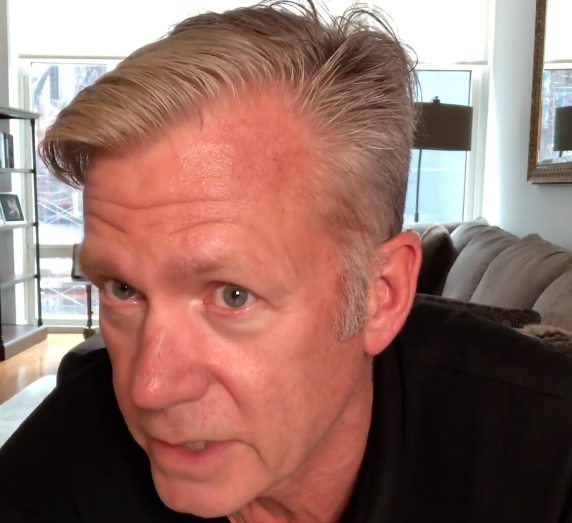 Update, 12:05 a.m. Saturday: The Associated Press reports a new twist to the Chris Hansen story, saying the TV host turned himself in Friday and checked into the Shiawassee County Jail after an arrest warrant was issued for failing to appear in court Thursday as a witness.

After checking into the jail, Hansen was released, AP reports, adding that he has 14 days to produce the full video from his YouTube show on an undercover sting in Shiawassee County that netted arrests of three men trying to have sex with underage girls. The bench warrant was rescinded.

Update, 3:30 p.m. Friday: An arrest warrant for TV host Chris Hansen was rescinded this morning by Shiawassee County Circuit Judge Matthew Stewart after Hansen and his lawyer appeared in court and resolved the matter.

"We got it cleared up in very short order this morning," said attorney Clint Perryman of Flint.

The civil contempt warrant was issued by the judge Thursday after Hansen failed to appear as a witness in a criminal case to talk about turning over video footage he had taken for his YouTube show, "Have a Seat With Chris Hansen." The program involved a law enforcement sting with alleged predators trying to meet with underage girls at a hotel.

Perryman tells Deadline Detroit that by the time Hansen, who was in New York, found out about a subpoena late Wednesday, it was too late to be at Thursday's hearing.

Hansen tells Deadline Detroit it was all "much ado about nothing."

"It was a miscommunication," he said. "We're going to comply with all the court rulings."

An arrest warrant was issued for former "To Catch a Predator" host Chris Hansen after failing to appear in court Thursday in Shiawassee County in Mid-Michigan, a Saginaw TV station reports.

Hansen on Instagram called it a "miscommunication" that "is currently being resolved."

Hansen, 61, was scheduled to testify as a witness and present evidence about a police sting he was embedded in as a reporter last October, NBC affiliate WEYI reports. The sting netted the arrest of three men who allegedly arranged to meet up with underage girls for sex at an Owosso hotel.

"The court matter in Shiawassee Co, Mi today resulted from a predator investigation there," Hansen wrote. "Defense lawyers for accused predator Michael Lott had requested video from the investigation."

Hansen, who grew up in metro Detroit and graduated from Michigan State University, worked for WXYZ and WDIV before joining Dateline NBC in New York. He then became the longtime host of the popular show, "To Catch a Predator," which ended in 2013.

After he left NBC, he was involved in different crime shows. In 2020 he launched "Have a Seat With Chris Hansen" on YouTube, which filmed the predator sting in Shiawassee County.

Last October, police agencies held a press conference to announce the arrest of three men. Hansen also spoke and explained his role as a reporter (video below).

As part of the sting, Genesee County Sheriff Chris Swanson said at the time: “We worked with Chris Hansen to use his platform to reignite the awareness and the enforcement of what’s happening here and to duplicate it around the nation."