Another Brawl in Detroit's Greektown Captured on Video 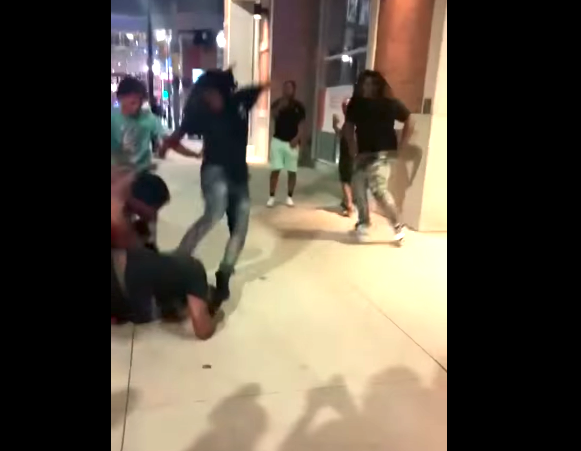 Fighting in the streets of Greektown in downtown Detroit continues to be a problem.

Video at a Crime in the D page on Facebook showed young men brawling in the streets Saturday night, kicking and punching, before Detroit Police intervened.

Detroit Police said at least three people were temporarily detained and ticketed for disorderly conduct. None wanted to press charges and no one was seriously hurt.

"As part of Chief [James] White's 5-point crime reduction plan, we had a lot of officers in the area and responded quickly," said Commander Darin Szilagy.

Under the interim chief's plan the department has about 100 officers in Greektown area."We want eveyrone to have a good time, but when your good time bleeds over and stops someone from having a good time, that's probably a crime and we're going to take action."

A Deadline Detroit reader comments Monday on a Reddit link to this article: "Grew up here and I’m currently working right in Greektown for the last few weeks. It’s a shitshow here, would not recommend after 10 p.m. At all."