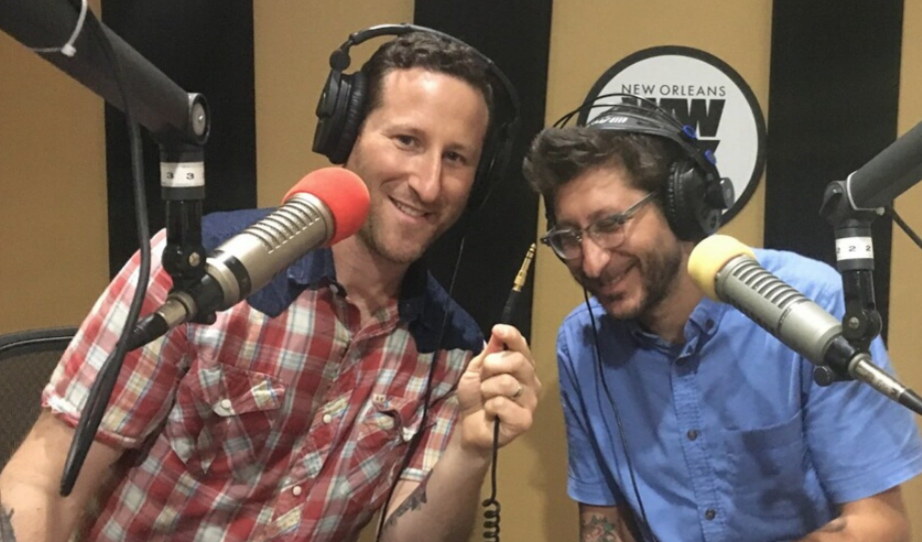 Bryan Fenster, left, with brother Danny in Louisiana in 2018, where Danny worked as a reporter. (Courtesy photo)

There's a certain absurdity to the case of Metro Detroiter Danny Fenster, who has been been imprisoned in Myanmar for 67 days simply, as anyone can tell, for being a journalist.

Fenster, 37, appeared Monday for his fourth hearing, which took about five minutes. He was then remanded back to his cell at the Insein Prison, with a fifth hearing set for Aug. 9, writes his brother Bryan Fenster, who notes "there are still no official charges."

He's the only foreign journalist currently held in the Southeast Asian nation, the New York-based Committee to Protect Journalists posted Wednesday. Others, including another American, were deported after detention.

Meanwhile, Bryan says the Huntington Woods family worries about Danny's health and safety as the country sinks further into chaos under the military regime that staged a coup in February.

"Unlike other major coronavirus surges in Asia, such as in India, Indonesia and Malaysia, Myanmar’s health crisis has been made more perilous by the country’s political turmoil and a military leadership accused of exploiting the pandemic to subdue resistance and stifle street protests," Bryan Fenster wrote Wednesday on Facebook. "To many, the nation feels as if it is in free fall."

The family last spoke to Danny about about three weeks ago, and since then any planned calls have been canceled. The next scheduled family call is Aug. 2.

"Protests erupted in the women's detention block of Insein prison against a worsening Covid-19 outbreak at the jail," Bryan wrote. "We understand that the military intervened and has now seized control of the prison. Over the weekend, protests continued outside of the prison and across the country, leading to increasing civil unrest.

"We have not been able to communicate with Danny regarding his health or safety in any capacity since we learned of this. And our calls for the next few weeks have been canceled."