Michigan's Carl Levin, Who Served 36 Years in the Senate, Dies at 87 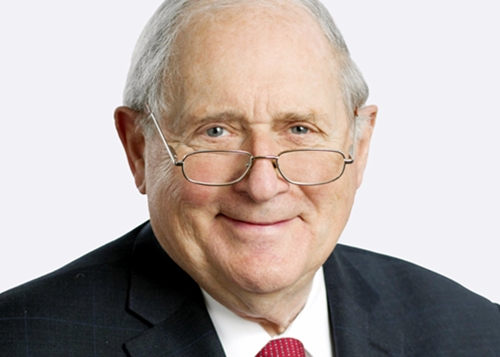 Carl Levin, a liberal Democrat who served 36 years in the U.S. Senate, died Thursday at age 87, his nephew announced.

The cause of death was not disclosed, but he had been treated for lung cancer, The Detroit News reports.

Known for his trademark rumpled dark suit, white shirt, unremarkable tie and glasses perched more than halfway down his nose, Levin was an unpretentious Detroiter who beat a two-term Republican and went to Washington for what many saw as the right reasons.

"Throughout my adult life, wherever I went in Michigan, from Copper Harbor to Monroe, I would run into people who would say, ‘I don’t always agree with Senator Levin, but I support him anyway because he is so genuine, he tells it straight and he follows through,'" his nephew, Michigan Congressman Andy Levin, said in a statement.

"Carl Levin personified integrity and the notion of putting the public good above self-interest."

► In 2021 memoir, Carl Levin savors
his impact on Detroit and the nation

A 1952 graduate of Detroit Central High School, he went to Swarthmore College in Pennsylvania and Harvard Law School. He was general counsel of the Michigan Civil Rights Commission from 1964-67 and was elected to Detroit City Council in 1968. Ten years later he toppled Republican incumbent Robert Griffin in the race for U.S. Senate.

That leap from council to Congress was remarkable. Back then, most senators had a much more circuitous path -- typically serving first as a governor, mayor or state-level elected official.

Levin stayed in the Senate for six terms, retiring in January 2015.

Shortly after, he joined the Detroit-based law firm of Honigman Miller Schwartz and Cohn, and founded the Levin Center at Wayne State University Law School.

On Thursday, the law school issued a statement:

"Over six decades, Carl fought with compassion to extend and ensure the American promise to all. Nurtured and inspired throughout his early years growing up in a loving family in Detroit, he was drawn to the social issues of the times and sought ways to contribute to the betterment of his community.

"He had a penchant for seeing the world through the eyes of people who struggled against injustice and was called to hold our democratic institutions accountable to everyone – first as a student activist, then as a young defense attorney, Detroit City Council member, and U.S. Senator. Although he rose in office and seniority, he never lost his humility or his uniquely human touch. Nor was his integrity ever questioned – particularly among constituents and colleagues who might disagree with him on the issues."

Levin battled for the auto industry when it faced difficult times, and served on the influential Armed Services Committee, helping set policy for the military while fighting wasteful spending at the Pentagon and pushing for more transparency in government.

While giving the OK to send troops in Afghanistan, he voiced opposition to the Iraq war in 2002 before the U.S. invaded that country. 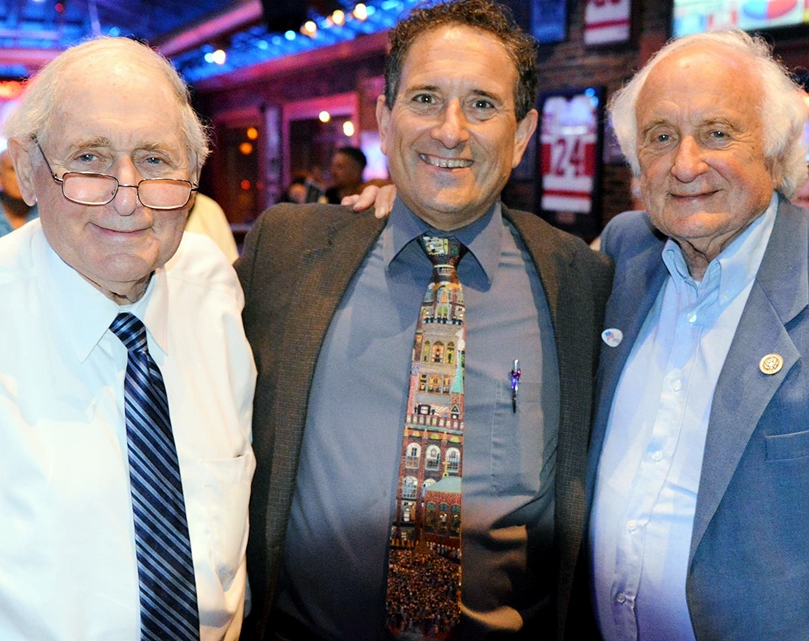 "Uncle Carl met with more presidents, kings, queens and other important people than all but a few of us ever will," he said. "But he treated them all the same as he did a Detroit autoworker or a beet farmer in Michigan’s Thumb – with a full measure of dignity but no airs, ever ready to puncture self-importance, posturing, mendacity and avarice."

Besides his brother Sander and nephew Andy, Carl Levin had other relatives in public service. His uncle Theodore Levin was a federal judge, and his first cousin Charles Levin was a Michigan Supreme Court judge.

He is survived by his wife Barbara, whom he married in 1961, and three daughters -- Kate, Laura, and Erica.

A private funeral is planned. A memorial date will be announced at a later date.

On Thursday night, an avalanche of flattering statements were issued.

“Carl was one of the most decent human beings to walk the face of the earth. He was John Dingell’s best friend and partner in Congress.

"He was marked by a tireless commitment to our auto industry, Great Lakes, and men and women in uniform. Carl paved the way for a safer planet, helped pass several nuclear weapons and missile treaties, and spoke out courageously against entering the war in Iraq."

"The world lost a giant today, and I lost a personal hero. Senator Levin's decades-long dedication to representing the people of Michigan set a bar few elected officials will ever meet. His no-nonsense, brutally honest approach to politics is what gained him respect across the aisle.

"I greatly admired his unwavering commitment to doing what was right -- even if it wasn't easy -- and his passionate approach to understanding every single issue he voted on. We all could learn a great deal from his service. My thoughts are with his loved ones. There will never be another Carl Levin."

I hate knowing that tmr morning national cable news outlets will spend more time dissecting whatever the latest idiotic thing Matt Gaetz and Marjorie Taylor Greene said or did instead of remarking on the tremendous legacy of Sen. Carl Levin. How far we have fallen as a nation.

► Detroit Mayor Mike Duggan said "his legacy will live on forever in the hearts of Detroiters.'

"We lost a true statesman tonight. Born in Detroit in 1934, he served our city with dignity as a City Councilman and our nation as a U.S. Senator and always considered Detroit his home."

"Sen. Carl Levin was an icon. An innovator. A fighter. A true and genuine public servant. No matter how busy he was, he was engaged and attentive. There was no one like him."

"Carl Levin was a lion for Michigan workers in the Senate over three and a half turbulent decades. He defined ferocious oversight, showing us that our senators should fight for accountability over how the tax dollars paid by hard working folks should be spent. He loved and championed Detroit, spending his twilight years practicing law in his hometown and growing the public policy school at Wayne State."

“Throughout his long and eminent career of public service, Senator Levin embodied the best of Michigan values, the best of Jewish values, and the best of Democratic values. We cherish his legacy as Michigan’s longest-serving U.S. Senator, the first and only Jew to represent Michigan in the United States Senate, and most importantly - the legacy of the countless lives he touched and hearts he opened."

"Growing up I admired Senator Levin for his decency and great leadership in the Senate.

"What really thrilled me was when I had to interview the Levin brothers for my [1998] documentary on Hank Greenberg. In that interview (Carl) Levin’s face was transformed to his youth when he described Greenberg's home run in the 1945 pennant race.

"Levin said 'I almost weep still remembering what that meant to us, that home run.'”