Adolph Mongo: Bill Kelley, a Mentor and a Force on the Battlefield and in Business

The author, a former journalist, is a political consultant and host of "Detroit in Black and White" on 910 AM radio on Saturday from 10 a.m.-noon. 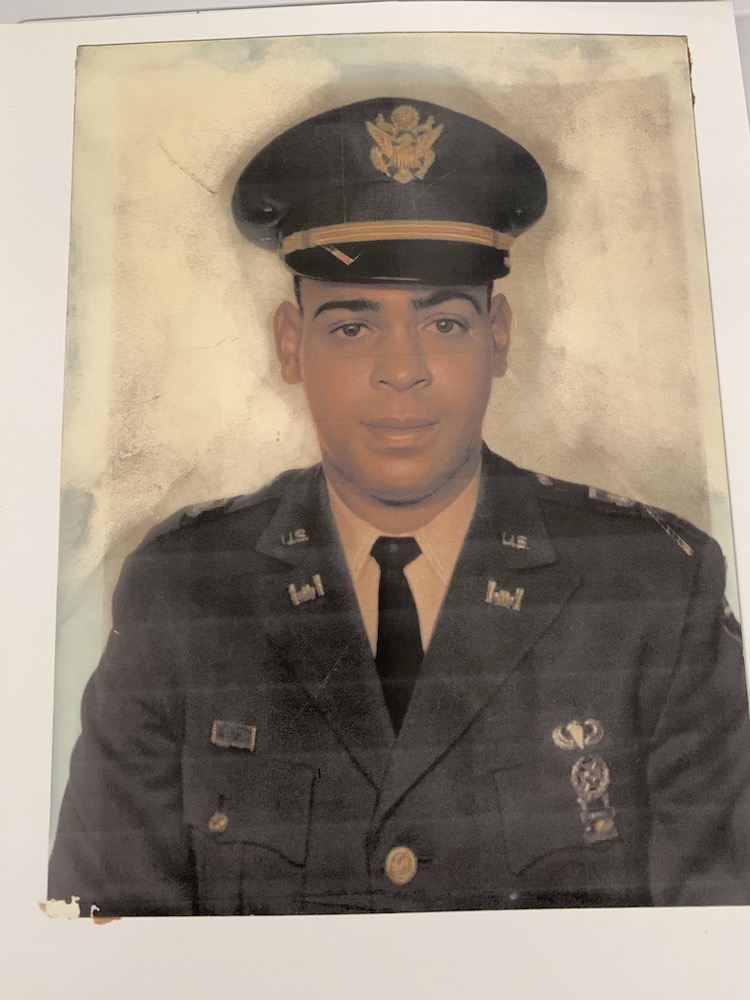 Bill Kelley was sitting in a downtown Detroit restaurant in 1985 when a young black man was introduced to him. They shook hands. “Mr. Kelley, it is an honor to meet you. You are one of my heroes.”

The young man continued to talk. “You are a real role model in the black community. When you entered the University of Michigan as a 16-year-old in the 1950s, you sent a powerful message that our community is full of smart and motivated kids. You were a trailblazer as one of two African-Americans appointed to the United States Military Academy at West Point cadet class of 1959.  Restaurants wouldn’t serve you; other cadets wouldn’t talk to you. But you persevered despite the overt racism of the military and the surrounding communities and graduated with your class.”

“You were a leader.  As one of the few black Army officers when you were sent to Vietnam, you fought bravely despite sustaining serious wounds in combat. You rightly earned the honors that the military bestowed on you: The Purple Heart, Bronze Star and the Legion of Merit,” the young man continued.  “You had earned the rank of Major by the time you left the service.”

“You were one of a handful of black students in the engineering graduate program at Iowa State, where you received a Master of Science Degree in Civil Engineering in 1964. The Michigan Consolidated Gas Company of Detroit, created a job for you in the 1960s. They had no or very few Black executives back then”.

Bill listened and then spoke. He said. “I didn’t do anything special. I was taught not to give up. I just did my job. By the way, how do you know so much about me, young man?”

The young man paused for a minute and then chuckled, “ I read it in a book about history makers in Detroit, while studying history at the University of Michigan.” He smiled and they shook hands again.

The young man was me. And we would remain friends until he quietly left this earth on Tuesday, July 27, at age 86.

The late Douglas McArthur said, “Duty, Honor, Country – those hallowed words reverently dictate what you ought to be, what you can be, what you will be. They are your rallying point to build courage when courage seems to fail, to regain faith when there seems to be little cause for faith, to create hope when hope becomes forlorn.”

The military understood all too well his contributions after serving in Vietnam and getting wounded in the 1960s. Besides the Bronze Medal and Purple Heart, he received the Air Medal, Army Commendation Medal, Vietnam Service Medal, Vietnam Campaign Medal, National Defense Service Medal, Parachutists Badge and two overseas bars.

Bill, the owner and principal consultant, of Wilbourne A. Kelley and Associates, since 2005, was a man of many talents who served in the private and public sectors in Detroit and Wayne County. He held executive posts at MichCon in the 1960s and Wayne County in the 1980s and 90s.

He was one of the go-to engineers and consultants in Michigan. He consistently interfaced with and provided his expertise to general contractors, sub-contractors, architects and engineers.

When Detroit Public Schools needed someone to oversee their facility and renovations program in 1999, district officials called Bill and he answered their calls for help.  He truly was a man of many talents, who never got tired of giving advice and professional help to younger professionals.  One of those young men was the late Eric Means, who was the key developer of the old Metropolitan building that now houses the boutique hotel, Element and the Woodward Garden Block. One of Bill’s most recent highlights was the 60th anniversary of his graduation from West Point. He thoroughly enjoyed his reunion, reuniting with old friends and sharing memories of his time at the academy.

From the Detroit Public Schools to the Detroit Metropolitan Airport, from family to colleagues, he left his every lasting mark on many developments, community organizations and friendships.

Service on Many Boards

Community involvement went beyond all that. He served on the boards of Sinai-Grace Hospital, Jewish Fund, Easter Seals, Peoples Community Church and Kappa Alpha Psi fraternity.

While he was a great man, he was not perfect. In 2004, he was convicted in federal court in Ann Arbor of taking bribes for a contract while working as the Wayne County assistant CEO for airport operations, a position he held from 1989-97. The next year he was sentenced to more than three years in prison -- a painful footnote to an otherwise extremely positive life.

He leaves a loving and loyal wife Barbara of 41 years and three children: a son, Wilbourne IV who preceded him in death, and two daughters, Caron Parks and Krystal Kelley; three grandchildren: Dominique Side, Ja’Quita Blackmon and Wilbourne Kelley V and four great grandchildren: Dawn, Davyn and Dayli Side and Nahlani Kelley. One niece, Maria Oliver.