Before and after: Townhouse Detroit puts on a new face for post-Covid reopening soon

A six-year-old downtown restaurant soon shows a fresh face with a lighter complexion after a major makeover during a nine-month shutdown.

A July reopening had been envisioned, and no revised target is announced yet. Two job fairs for all positions were held early last month.

Designers removed partition walls, added an open kitchen and eliminated one of two bar seating areas. Seating shrinks from 315 to 220, including a patio.

"The 'before' look and feel of Townhouse was a bit industrial -- masculine, if you will," Sasson tells Restaurant Hospitality magazine.

"Lots of woodgrain, leather and brass touches. ... It was almost a gastropub feel without fully intending on being that.

"We decided to make a change to an overall brighter, more open, and social feel. ... The [statewide restaurant] closures allowed for a reset."

A new menu will have "more seafood and vegetable dishes," says the release, which lists additions such as caviar and king crab. A coffee and pastry counter replaces a sushi bar.

His Heirloom Hospitality group also owns Townhouse Birmingham, which turns 10 this month, and the Prime + Proper steakhouse on the southern edge of Detroit's Capitol Park area. They both reopened Feb. 3 after suspending indoor service because of Covid.

Before and after, set 2: 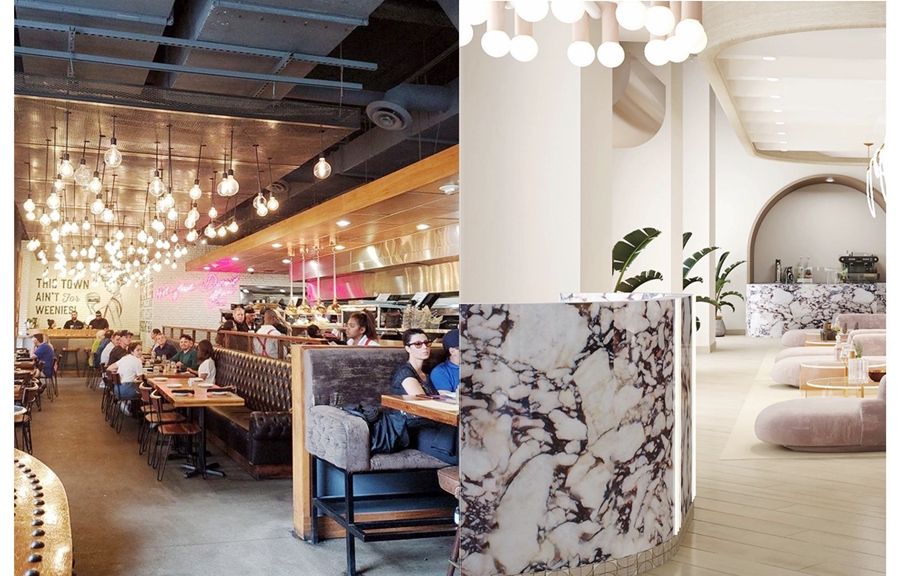