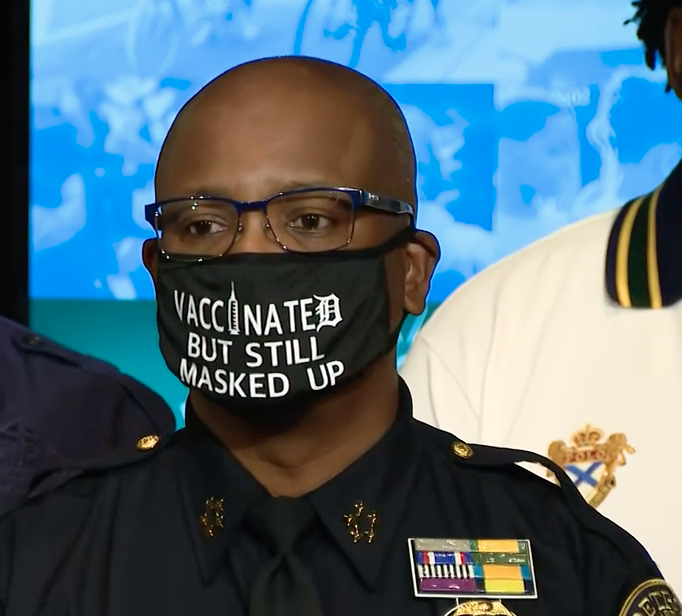 Detroit Mayor Mike Duggan has selected interim Police Chief James White to helm the department on a permanent basis, a decision that will need approval from Detroit City Council to take effect.

"Anyone in this city that has watched the way James White has handled himself in the past two months feels very good about (where) the Detroit Police Deparatment is headed," Duggan said in a Monday news conference.

White, a department veteran who briefly served as Michigan Civil Rights director before returning for the interim chief job June 1, replaced James Craig, who left to run for governor as a Republican.

The nationwide search for Craig's replacement was led by a firm hired by the Detroit Board of Police Commissioners. The board chose three candidates to forward to the mayor from a list of nine, including Ann Arbor Police Chief Michael Cox and Wayne County chief of jails Robert Dunlap. Forty-four people applied, said Detroit Police Commissioner Rev. Jim Holley.

The department has been grappling with a surge in violent crime since the start of the pandemic. In remarks Monday, White said the department is on "the right path to eradicating some of the violence that we're seeing," though noted it is limited in what it can do, as societal factors like mental health and poverty play a role. He touted a 20-percent reduction in overall crime, but it was unclear which period he was referencing.

White, a 53-year-old Detroit native, joined the department in 1996 and is credited with helping it implement reforms that closed the curtain on more than a decade of federal oversight in 2016. The Detroit Board of Police Commissioners supports him more than it did Craig.

When asked in May what he would do differently than his predecessor, White did not provide specifics but said he would "move the organization forward" while drawing upon lessons learned from his former boss.

In nearly three months on the job, White has resurrected Craig's controversial "Operation Restore Order" while embarking on an effort to get nearly half of the force trained in crisis intervention by year's end.  He also launched a summer-long crackdown on drifting/drag racing and rowdy crowds. The former precipitated the police killing of what White has described as an armed drifter who pointed a gun at an officer after crashing into his undercover car. Separately, in an incident that drew national scrutiny, an officer on patrol in Greektown punched a man in the face, apparently unprovoked.

Investigations were launched into both incidents. The officer involved in the Greektown case has been suspended.