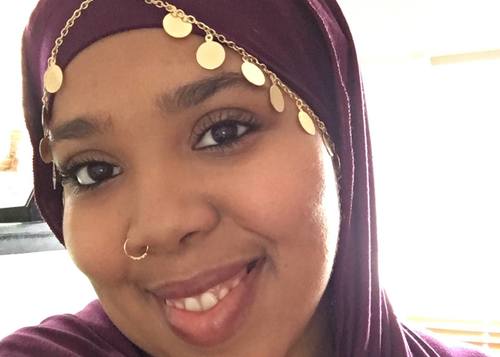 A hijabi Muslim woman is seeking a $250,000 settlement from the city of Ferndale after police required she remove her head scarf for a booking photo.

Helana Bowe, 40, was arrested during a traffic stop on Eight Mile in June after she told police she had an unlicensed stun gun with her, attorney Amy Doukoure with the Council on Islamic Relations-Michigan said at a Wednesday news conference.

Police prevented Bowe from keeping on the scarf despite that she explained its removal would violate her religious beliefs, Doukoure said. She was also said to be patted down by a male officer when a female was available.

The incidents, Bowe said, have left her traumatized.

"I have moments where I become very sad and depressed, and feel emotionally disconnected."

The officers were simply comporting with department policy, "which includes photographing hair as an important identifying feature," Ferndale chief Dennis Emmi said in a statement to media.

"Now, in reviewing the case and circumstances, I see the opportunity for our policies to evolve to better meet the needs of our community.”

Doukoure notes federal and state laws allow women to wear hijabs for driver’s license, passport and other photos. She said there were two recent cases in federal court in which judges issued opinions and orders saying it's a woman’s religious right to wear a headscarf in a booking photo.

Bowe, who is Black, was initially pulled over on the Detroit side of 8 Mile because police thought her tags might be expired, said Doukoure, citing body camera footage of the stop. They weren't and Bowe was charged with no traffic violations, said Doukoure.

The Ferndale Police Department meanwhile said Bowe was stopped for having a fraudulent license plate, but did not say whether she'd been cited.