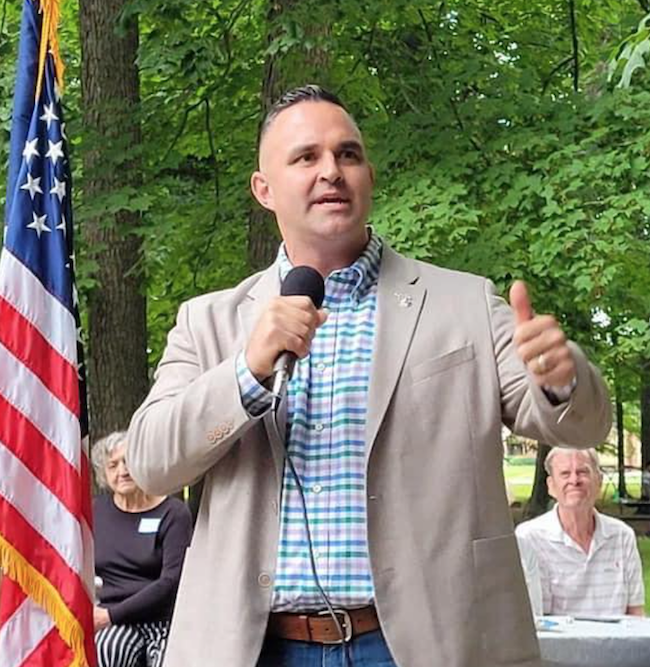 Michigan Republican gubernatorial candidate Garrett Soldano, who has made dubious claims on video about Covid and challenged the governor's response, says YouTube has permanently banned him.

"We are getting National Press for being banned for LIFE on YouTube," the chiropractor from Mattawan in western Michigan posted on Facebook. "Now we need to take it a step further and WE need you to SHOW UP. It is time to come together!"

YouTube said in an email to Soldano early Monday that his channel included "severe or repeated violations" of the company's community guidelines, the Detroit News reports. It did not specify beyond that.

He says he's also had run ins with other social media including Facebook.