What Biden infrastructure, Build Back Better bills would mean for Michigan 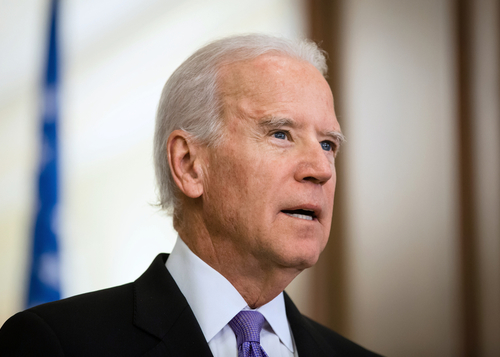 Congress on Friday passed President Joe Biden's infrastructure bill and advanced his Build Back Better social safety net and climate package, with plans to bring it up for vote before Thanksgiving.

The costly bills would mean benefits for Michiganders. The Detroit News breaks it down starting with the $1.2-trillion bill passed last night:

Michigan would receive at least $8 billion in federal funding over five years for highway and bridge projects, including $7.3 billion from federal highway programs and $563 million for bridge replacement and repairs, according to estimates by the White House based on transportation funding formulas.

Michigan is slated to receive an additional $1 billion over five years to improve public transit options under the bipartisan measure. The package also includes $1 billion for the federal Great Lakes cleanup program over five years, $7.5 billion for a program to support building out an electric vehicle charging network and provisions to boost "Buy American" rules.

The larger, $1.75-trillion Build Back Better Act meanwhile contains provisions for universal preschool, paid family leave and a continuation of a recently expanded child tax credit. Democrats have whittled down the bill since its introduction in an effort to cut costs and win more votes. As per The News, the bill still:

... tackles lead service line replacement with $9 billion in funding that would funnel an estimated $300 million for Michigan. There's also $150 billion for housing, including expanded rental assistance and home repair aid, and expanded health insurance coverage through Medicaid that the White House has said would cover 95,000 uninsured people in Michigan.

Additionally, the bill would give the three Detroit automakers a big boost over competitors through a $12,500 consumer rebate for electric vehicles, which includes $4,500 for cars built by union labor.

Rep. Elissa Slotkin is reportedly the only Michigan Democrat who hasn't said whether she'll support the bill.