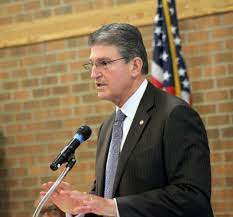 Sen. Debbie Stabenow tells The Detroit News she supported Sen. Joe Manchin two years ago when he proposed legislation to help the members of the United Mine Workers of America union in West Virginia.

"At that time, some argued his bill was unfair and was picking winners and losers. But we rejected that argument and stood together to protect union pensions," she said. “This issue is no different. Standing up for hardworking Americans is always the right thing to do.”

On Thursday, Manchin told Crain's Automotive News he opposes a provision in the Build Back Better bill that gives an additional $4,500 in consumer rebates for electric vehicles made by union workers. The bill, spearheaded by Rep. Dan Kildee and Stabenow is "not American," Manchin insists.

“When I heard about this, what they were putting in the bill, I went right to the sponsor (Stabenow) and I said, ‘This is wrong. This can’t happen. It’s not who we are as a country. It’s not how we built this country, and the product should speak for itself."