Rep. Debbie Dingell serves as a poster woman for congressional recipients of vicious, violent threats that have escalated since the presidential election. 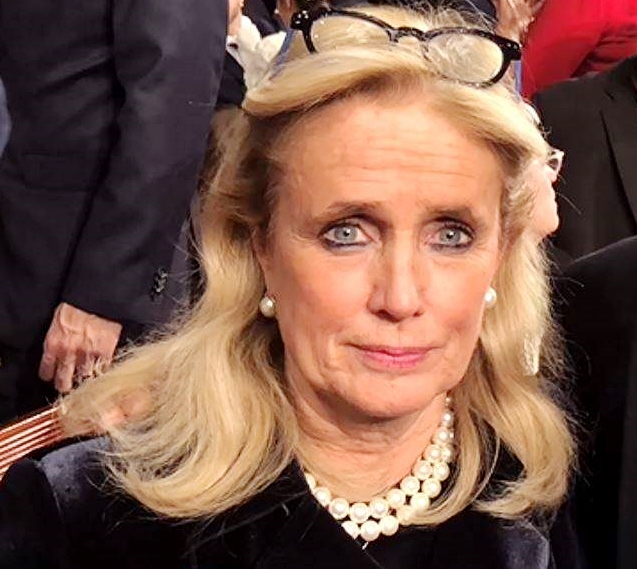 "You don't understand how awful it is and how scary it is until you're in it," the Dearborn Democrat is quoted as saying in a New York Times roundup headlined "Menace Enters the Republican Mainstream."

Dingell, who said she was threatened by men with assault weapons outside her home last year after she was denounced by Tucker Carlson on his Fox News show, shared a small sample of what she said were hundreds of profanity-laden threats she has received.

"They ought to try you for treason," one caller screamed in a lengthy, graphic voice mail message. "I hope your family dies in front of you. I pray to God that if you’ve got any children, they die in your face."

"Hearing this audio was horrifying," tweets Astead W. Herndon, one of two Times reporters who wrote the article.

Threats against representatives and senators more than doubled this year compared to same period in 2020, The Times reportrs, citing the Capitol Police.

Lawmakers have been harassed at airports, targeted at their homes and had family members threatened. Some have spent tens of thousands on personal security. ...

In effect, [historians] warn, the Republican Party is mainstreaming menace as a political tool. ... There is little indication that the party has paid a political price for its increasingly violent tone.

On CNN three days later, Upton played a voicemail in which he's called a "fucking piece of shit traitor" and is told: "I hope you die. I hope everybody in your fucking family dies."

Dingell's staff also hears that type of language. On Twitter, a Times national correspondent who co-wrote Friday's article, relays vulgar attacks on the suburban Detroit congresswoman that are unfit for the paper:

Another caller called @RepDebDingell
a "fucking whole" who should "wash your mouth out so I can shove my cock down it" and that "they ought to fucking try you for treason, bitch."

The reporters put those type of verbal attacks, also aimed at some state lawmakers and school board members, in context of a stormy 2021 political climate:

Ten months after rioters attacked the United States Capitol on Jan. 6, and after four years of a president who often spoke in violent terms about his adversaries, right-wing Republicans are talking more openly and frequently about the use of force as justifiable in opposition to those who dislodged him from power. ...

Among the most fervent conservatives, who play an outsize role in primary contests and provide the party with its activist energy, the belief that the country is at a crossroads that could require armed confrontation is no longer limited to the fringe.