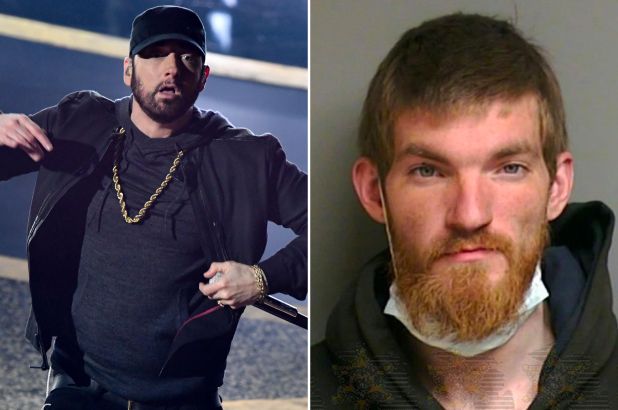 A man who illegally entered Eminem's homes twice is accused of assaulting a mall guard in Taylor and violating parole by missing a probation appointment, The Oakland Press reports.

Matthew Hughes, 28, on Monday pleaded guilty in Macomb County Circuit Court to failing to show up for the Sept. 30 probation officer meeting and pleaded not guilty to assaulting a security officer. He is jailed until, sentencing Dec. 15 sentencing for the parole violation.

In September, Hughes was sentenced to five years probation and 524 days of time served for breaking into Eminem’s Clinton Township house in April 2020 and threatening to kill him, reporter Jameson Cook writes. The rapper, who called police, was unharmed.

In July 2019, Hughes got 90 days in jail for breaking into Enimem's Rochester Hills home.