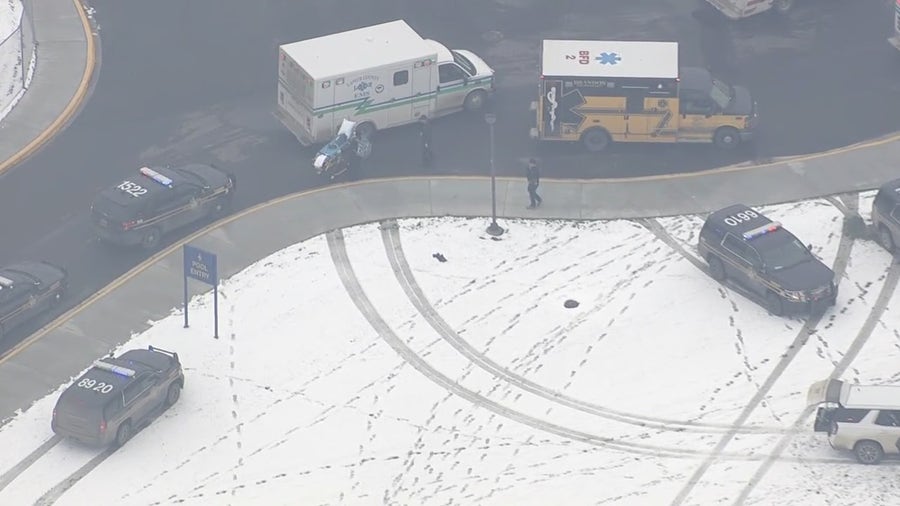 A fourth Oxford High School student has died of his injuries after a classmate shot him and 11 others Tuesday.

Justin Shilling, 14, is the latest to die in the rampage. Tate Myre, 16, Hana St. Juliana, 14, and Madisyn Baldwin, 17, died Tuesday. Myre was a football player, St. Juliana a volleyball striker and Baldwin an aspiring artist, The Detroit News reported.

Six students and a teacher were wounded. One of them, a 14-year-old girl, was hurt so badly she had to undergo surgery and be placed on a ventilator.

Undersheriff Mike McCabe gave those details during a 3 p.m. sidewalk briefing about two hours after 911 dispatchers got over 100 calls about gunfire in the suburban school. 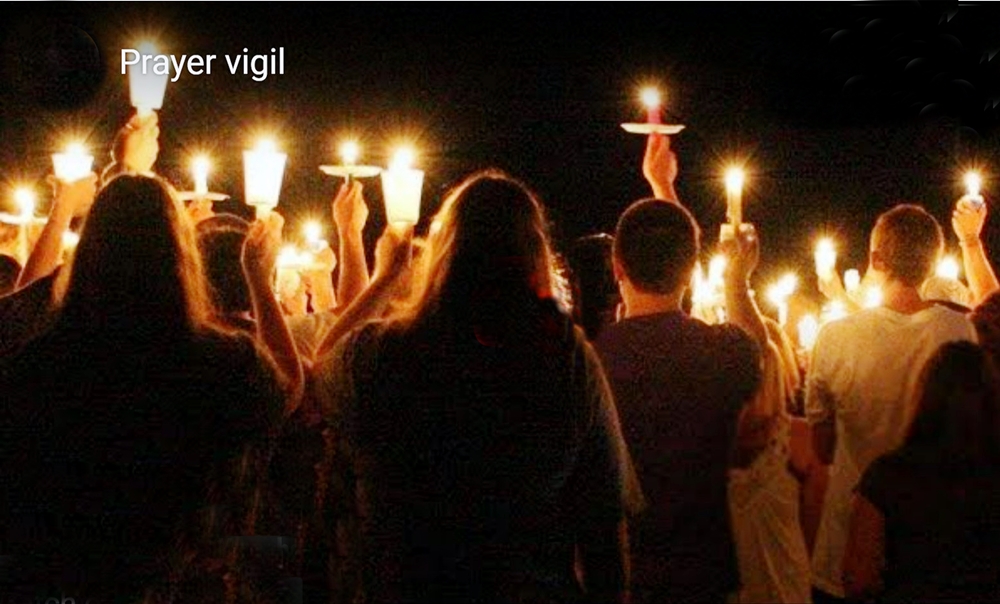 Students, parents and other residents gather Tuesday night at LakePoint Community Church in one of three Oxford vigils. (Photo from church)

Two deputies, including one assigned to the school, arrested the suspect without a struggle, McCabe said. The teen, who attended morning classes, fired 15 to 20 shots from a semiautomatic handgun that he reloaded, the undersheriff added. The violence lasted about five minutes, according to the county lawman.

The alleged shooter, not identified publicly before his court arraignment, requested a lawyer and declined to speak with investigators, McCabe said. He's being held at Children's Village in Pontiac.

Victims' names and ages weren't immediately provided, nor were the conditions of the five wounded students and the teacher.

Shootings inside Oxford High School on Tuesday afternoon are reported by the Oakland County Sheriff's Office.

The apparent gunman was arrested, says Undersheriff Michael McCabe, who indicates there are up to six injuries. 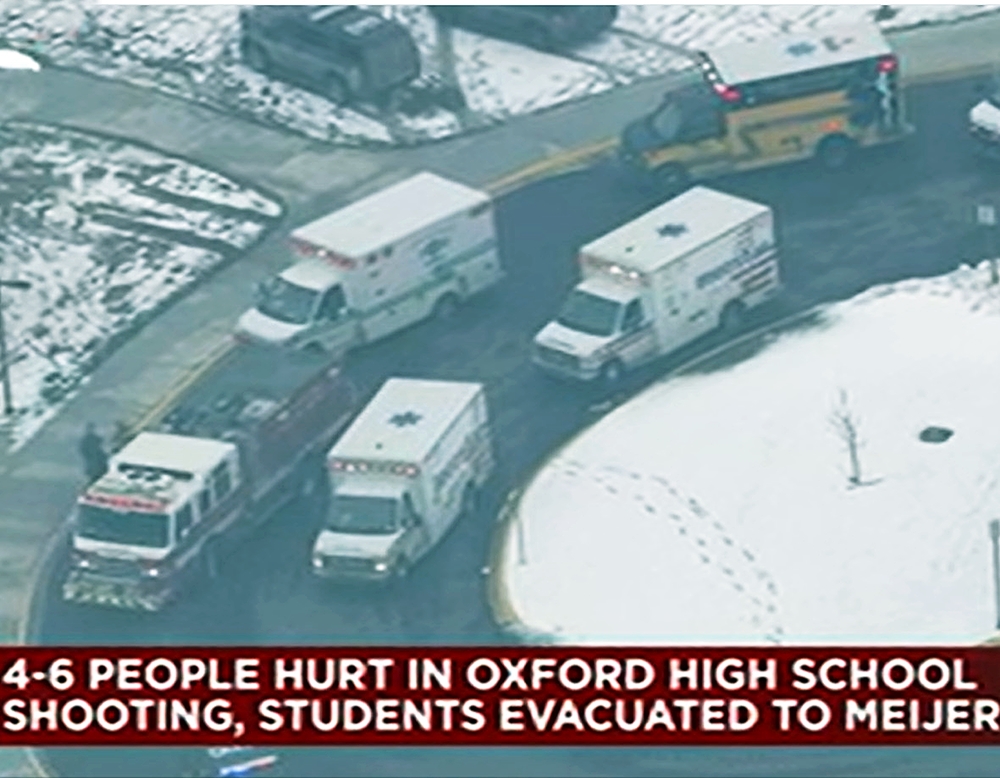 The scene is about 40 miles north of Detroit. (Photo: WDIV screenshot)

Other casualties were taken by ambulances to McClaren Oakland Hospital in Pontiac.

"We responded to an active shooter at Oxford High School in Oxford Township at 12:55 p.m. today," McCabe says, according to media posts. "We have multiple patrol units and multiple EMS units on scene, along with SWAT and [an] aviation unit.

"We have one suspected shooter in custody, along with a handgun. We do not believe there are any others at this time. There are multiple victims. No confirmed fatal shooting victims at this time."

Deputies and state troopers were doing a secondary search for any additional victims, the agency added.

The school doesn't have entryway metal detectors or backpack checks, according to WDIV reporter Paula Tutman.

Parents were asked not to come to the scene on North Oxford Road, 42 miles north of Detroit, and were advised to pick up evacuated students at a nearby Meijer store on North Lapeer Road. The store closed for business after the shooting.

The district alerted parents via this alarming email, quoted by The Detroit News: "There is an active emergency occurring at Oxford High school right now. Oakland County Sheriff's Department [is] on the scene and we have activated our emergency protocols and placed the school into lockdown."

Oxford Township has about 20,500 residents, last year's federal census showed. It now joins a lengthy series of U.S. school schootings -- mostly by students -- since April 1999 at Columbine High in Colordao, where two students killed 12 schoolmnates and a teacher.