Each of these Michigan Republicans is Candice Miller. One was in Congress, one wants to be.

Call it coincidence, an echo, a political parallel or a sly move to piggyback on a familiar name. 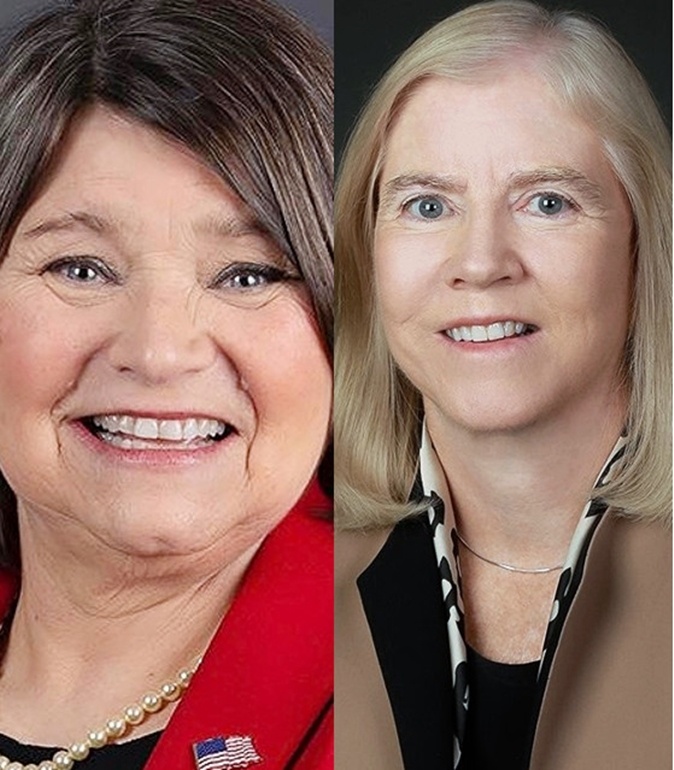 The Miller who was in the U.S. House from 2003-16 is surprised by the unrelated newcomer in Flint trying to unseat fifth-term Rep. Dan Kildee of Flint. "It's important that people there realize it is not me," the ex-representative tells Jonathan Oosting of Bridge Michigan.

"I don't know who she is," Candice Miller the First said in a call Monday, the reporter tweets. "She told me her phone was 'blowing up' this weekend" after the sound-alike political newcomer announced her run, Oosting adds.

The Candice Miller who's not running has been Macomb County's elected drain commissioner since 2017. Before her time in Congress, she was Michigan secretary of state from 1994 to 2002.

That well-known name gives her Genesee County counterpart an unearned benefit in a primary against Paul Junge, a former TV news anchor in Lansing.

For her part, the Flint-area political novice -- who retired from a family petroleum business -- says in her campaign announcement: "Although we have the same name, I am my own person and my character, principles and solutions are what the voters will consider in the very critical election."

Miller the Second describes herself as "a Chrisitan, conservative, patriot, Trump supporter."

"When I grew up, we said a prayer, pledged allegiance and honored our freedom," says her statement, posted by WEYI. "Today, under the Biden-Kildee agenda, our future generation is taught to hate America, our freedoms are being threatened, and Washington wants to control everything we do. ... I've had enough of the extreme left control."

Easy to see why the other Miller hopes voters in the redrawn 8th Congressional District know the Republican hopeful "is not me."