Is this OK for 3rd-grader at school? Her Michigan dad thinks so and fights ban

Adam Stroub says his daughter picked the cap below to wear on her school's "hat day." Now he fights in Detroit federal court for her right to do so. 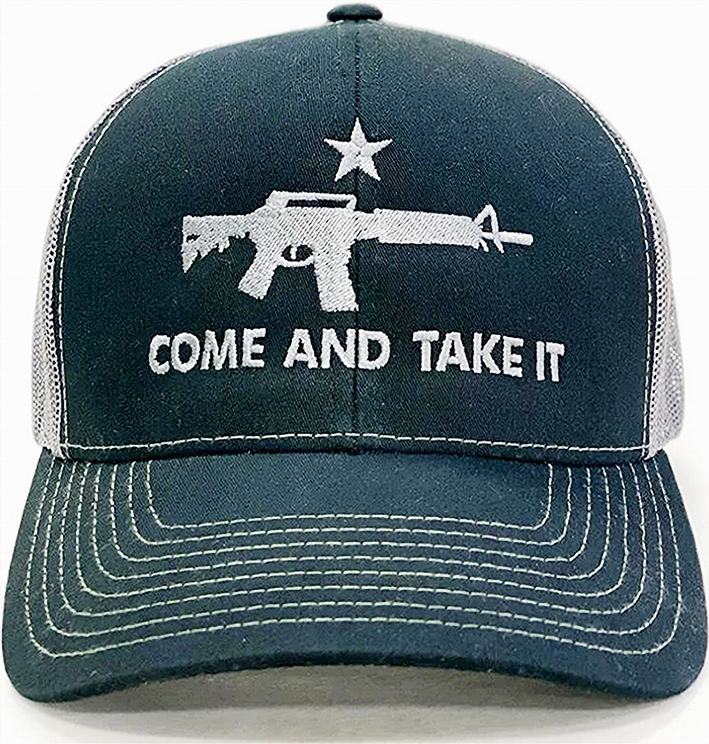 A teacher and the principal of Robert Kerr Elementary School in Durand, Mich., called Stroub that day to say the headgear was unacceptable, according to The Detroit News. "Weapons of any kind are not appropriate for students to wear in a school setting," says an email from principal Amy Leffel quoted in the Shiawassee County father's legal challenge, filed Friday.

It alleges the hat portrays support for the right to keep and bear arms in a non-violent, non-threatening manner and contains "pure speech." ...

Stroub seeks a declaration that wearing the hat is constitutionally protected speech for his daughter; a preliminary and permanent injunction prohibiting the school officials from restricting her speech and preventing her from wearing the hat; and nominal damages.

By not providing the family "with objective criteria for knowing what clothing is prohibited," school officials are denying their due process rights under the 14th Amendment, the suit alleges.

The Firearms Policy Coalition, a California nonprofit with the motto "Stand for Freedom," supports the case, the paper says. "The Supreme Court ruled 50 years ago that schoolchildren do not shed their First Amendment rights at the schoolhouse gate," says gun rights attorney John R. Monroe of Dawsonville, Ga., who filed the suit.