'This is not normal:' Michigan GOP blasts Nessel for 'drag queen for every school' comment 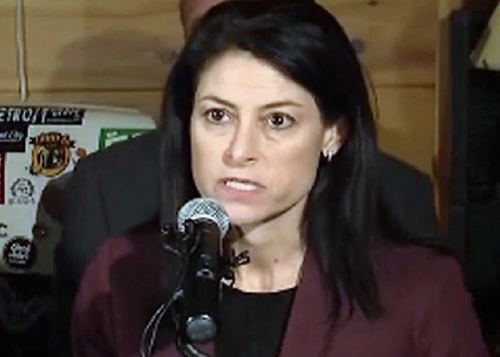 A state GOP leader who works for the guy who called Dana Nessel a witch last year is firing back at the attorney general for deriding the party's culture war.

From The Detroit News:

... Nessel spoke out Wednesday against what she described as "fake issues" that are dividing people, saying "drag queens are fun" and "make everything better."

"(You) know what is not a problem for kids who are seeking a good education? Drag queens," Nessel said during a speech that primarily focused on education at a summit in Lansing hosted by the Michigan Department of Civil Rights.

"Drag queens are entertainment," she said. "And you know what I'll say that was totally not poll tested, I'd say this, 'A drag queen for every school.'"

"This is not normal. She shouldn’t be allowed to joke this away," party chief of staff Paul Cordes, said in a tweet.

Fox News amplified the comments nationally, while GOP gubernatorial candidate Tudor Dixon sought to capitalize with a fundraising email titled "No Drag Queens in Any School."

The Democratic attorney general slaps back:

This is the most humorless take imaginable on a comment made in jest. I expect more from the star of Buddy BeBop vs the Living Dead.

Your benefactor, Betsy DeVos, has been a greater threat to school children in Michigan than drag queens have ever been. https://t.co/mdkDHxN7XU

The back-and-forth has echoes of a year-old drama in which GOP Chairman Ron Weiser called Nessel, Gov. Gretchen Whitmer and Secretary of State Jocelyn Benson "witches." Democrats blasted the comments as "sexist" and "dangerous."