If you thought that Chanel bag you bought at :::checks notes::: a Warren flea market was the real thing, we've got bad news. 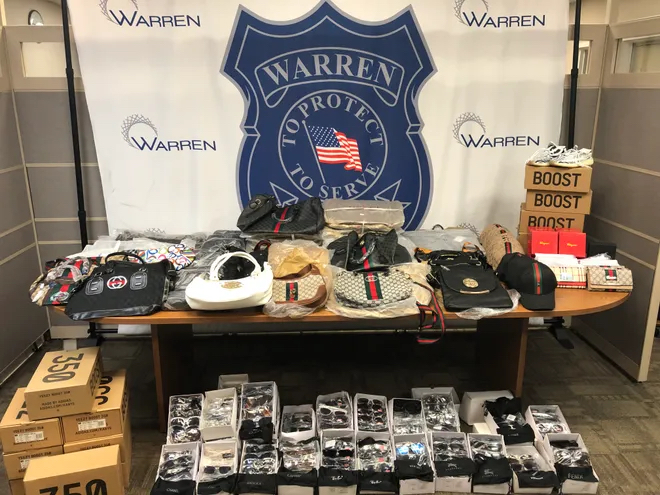 Police in Warren this week busted seven people in connection with the sale of counterfeit designer goods, including purses, sunglasses, shoes and other branded merchandise.

Investigators executed search warrants at the kiosks and two residences, one each in Warren and Sterling Heights, seizing the counterfeit goods and cash.

... Police said four are from Warren, two are from Sterling Heights and one is from Detroit. They range in age from 28 years old to 89 years old, according to police and online district court records.

The police also released a photo of some seized goods that will be familiar to fans of "The Wire." See above.

The cash seizure was reportedly $100,000, according to WXYZ. Macomb County Prosecutor Pete Lucido calls the seizure "huge" and "a significant case."

Counterfeiting of designer goods is widespread in much of the country, although it's unclear whether anyone who pays $50 for a bag sold in legitimate stores for thousands believes they're getting the real thing. Nevertheless, it is illegal. Counterfeit items are often made using exploited labor, and may benefit criminal organizations overseas and domestic.