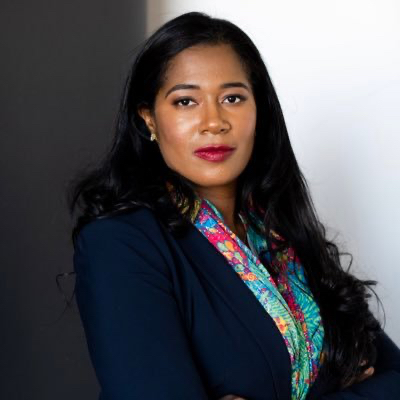 Presumptive Republican Secretary of State nominee Kristina Karamo said Wednesday that a post on her Twitter account proclaiming the imminent return to office of former President Trump was not hers. Rather, she claimed her account was hacked by an unknown party. She further denied she believed in the contents of the hacker's tweet.

The tweet in question was a screenshot of a Truth Social post. Truth Social is Trump's social network, founded after he was permanently booted from Twitter after the January 6 riot at the Capitol.

"Last Monday, he already won 2024," the post from the Truth Social account @Jerabeck said. "However, I don’t think we will have to wait that long. He will be back in the White House before the end of this year. When he is, the justice against the enemies of America we have all been waiting for will be swift and permanent.

"Get your popcorn, beer and pop now while you can still get it, and when Trump is back, sit back and enjoy the show. Nothing can stop what is coming."

Karamo said at a news conference Wednesday that she was unaware of the tweet for about an hour, until a reporter called her about it. She then tweeted that her account had been hacked and that any claim that she supported the Truth Social post was "nonsense."

Karamo, who has said she believes there was widespread fraud in the 2020 presidential election, has Trump's endorsement, as well as that of Michigan GOP co-chair Meshawn Maddock. She is running on a platform of increasing election security.

The Michigan Republican Party's presumptive nominee for secretary of state, Kristina Karamo, just tweeted a link to a post on Truth Social that says Trump "will be back in the White House before the end of this year." https://t.co/uXZ7m4IB0j pic.twitter.com/VkU7MWbYIk

My Twitter was hacked. Any Tweets or messages from my Twitter within the last 24 hours was not from me or a member of our team.

A skeptic, longtime Michigan politics observer Simon D. Schuster of Lansing, tweets: "This would imply Karamo's Twitter account was compromised in order to post a single tweet that is not a far cry from Karamo's own on-record beliefs RE: unfounded 2020 election conspiracy theories." Schuster joined MLive in June as a senior political reporter, after over two years as director of the nonprofit Michigan Campaign Finance Network.

'The Week That Was:' Are Michigan Races All About Abortion and Trump? Plus, a Detroit Coney Update.